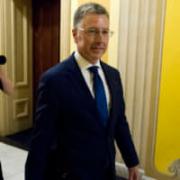 TEHRAN – Iran will start injecting uranium gas into over a thousand centrifuges at a fortified nuclear facility built inside a mountain, the country's president announced Tuesday in Tehran's latest step away from its atomic accord with world powers since President Donald Trump withdrew from the deal over a year ago. President Hassan Rouhani's announcement means that Iran's Fordo nuclear facility, publicly revealed only 10 years ago, again will become an active atomic site rather than a research facility as envisioned by the landmark 2015 accord. The State Department announced days ago that it would renew a waiver allowing Russia's state-run Rosatom nuclear company to continue its conversion work at the site. The announcement represents a significant development as Fordo's 1,044 centrifuges previously spun empty for testing purposes under the deal. It also increases pressure on European nations that remain in the accord to offer Iran a way to sell its crude oil abroad. 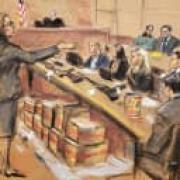 GENEVA - Iran has sent a large batch of mined uranium "yellow cake" for processing ahead of shipment to its main enrichment facility, Iran's state news agency reported on Wednesday in the latest sign of plans to step up its atomic activities. Yellow cake, or uranium ore, can be further processed into enriched uranium to make fuel for nuclear power plants, Iran's stated aim, or to provide material for atomic bombs if refined much more, which the West fears may be the Islamic Republic's ultimate goal. U.S.-Iranian tensions have resurged since President Donald Trump pulled Washington out of the 2015 nuclear accord, calling it deeply flawed. Under the deal, Iran restricted its enrichment program to ease concerns it could not be put to developing nuclear weapons and in return won relief from sanctions. Thirty tons of yellow cake from a production plant in the city of Ardakan in central Iran was sent to a uranium conversion facility in Isfahan on Wednesday, the Islamic Republic News Agency (IRNA) reported. 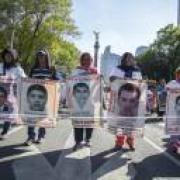 ANKARA – Iran will inform the U.N. nuclear watchdog in Vienna on Tuesday over its start of a process to increase the country's uranium enrichment capacity, Iran's Atomic Energy Organization spokesman Behrouz Kamalvandi told ISNA news agency. "In a letter that will be handed over to the International Atomic Energy Agency (IAEA). He said Iran had the capacity to accelerate production of centrifuges, which are used to enrich uranium. The UF6 is a feedstock for centrifuges. Iran's ultimate authority, Supreme Leader Ayatollah Ali Khamenei, said on Monday he had ordered preparations to increase uranium enrichment capacity if a 2015 nuclear deal with world powers falls apart after the U.S. withdrawal from it last month.

Iran to start injecting uranium gas into more than 1,000 centrifuges at midnight

Fox News Flash top headlines for Nov. 6 are here. Check out what's clicking on Foxnews.com Iran is gearing up Wednesday to start injecting uranium gas into more than 1,000 centrifuges at a site described by nuclear watchdogs as a "fortified, underground bunker." The 1,044 devices at the Fordo facility will be pumped with gas beginning at midnight, and will be used to enrich uranium up to 4.5%, Behrouz Kamalvandi, a spokesman for the Atomic Energy Organization of Iran, told state television today. The development will mark Tehran's latest step away from the nuclear accord with world powers since President Trump withdrew from the deal over a year ago.

Iran will inform the United Nations nuclear watchdog in Vienna on Tuesday of its plan to begin the process of increasing the country's uranium enrichment capacity within the limits of the nuclear agreement, the country's atomic energy agency spokesman has said. "In a letter that will be handed over to the International Atomic Energy Agency (IAEA) ... Iran will announce that the process of increasing the capacity to produce ... UF6 (uranium hexafluoride) ... will start on Tuesday," Behrouz Kamalvandi told ISNA news agency. He said Iran had the capacity to accelerate production of centrifuges, which are used to enrich uranium. The UF6 is raw material for centrifuges. "The leader meant that we should accelerate some process ... linked to our nuclear work capacity to move forward faster in case needed," Kamalvandi said, referring to Supreme Leader Ayatollah Ali Khamenei.