KABUL – Afghanistan plans to double the number of elite special forces from 17,000 troops, officials said, part of a long-term strategy to bolster units stretched and exhausted by persistent attacks from Taliban insurgents and other Islamist militants. Special forces, who represent a small fraction of the 300,000-strong armed forces, have been carrying out nearly 70 percent of the army's offensive operations across the country, underlining Afghanistan's heavy reliance on them. While regular forces, including police, are deployed largely to defend positions, special forces are taking the battle to militants from Kunduz in the north to Helmand in the south, sometimes working in tandem with U.S. counterparts. "Our commando forces have to be strengthened and have to be better equipped," Defense Ministry spokesman Dawlat Waziri said. Waziri declined to give exact numbers, saying only that the special operations division would be increased to the level of an army corps. 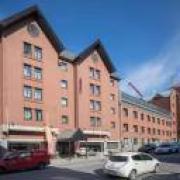 BALKH PROVINCE, AFGHANISTAN – Taliban fighters killed nearly 60 members of Afghanistan's beleaguered security forces in a spate of attacks across the country's north, officials said Monday, as diplomatic efforts to end the 17-year war intensify. Heavy fighting overnight in four provinces followed a wave of violence across the war-torn country in recent weeks that has left hundreds of civilians, police and soldiers dead. After seizing a military base in Sar-e-Pul, Taliban fighters were threatening the provincial capital in a situation that could result in "disaster" if reinforcements were not sent, the area's police chief, Abdul Qayom Baqizoy, warned. Baqizoy compared the threat to the Taliban's extraordinary raid last month on the provincial capital of Ghazni -- fighters held large parts of the city located just two hours from Kabul for days. At least 17 security force members have been killed near Sar-e-Pul city after militants seized a checkpoint in Sayyad district and burned it to the ground, provincial Gov. Zahir Wahdat told journalists Monday.

Over 70 dead in tanker crash in Afghanistan's Ghazni

At least 73 people have been killed and dozens of others injured after two buses and an oil tanker burst into flames following a head-on collision in eastern Afghanistan. Many of the dead, including children, were burned beyond recognition as a result of in Sunday's accident in Ghazni province, near the Afghan capital Kabul. Jawid Salangi, a spokesman for the governor of Ghazni, said the two buses, carrying about 125 passengers from Kabul to Kandahar, collided with the tanker, setting off a fire that quickly engulfed all three vehicles. Afghan army units were rushed to the scene of the accident in Moqor district and managed to save some passengers, but many of the injured were in a critical condition, he said. Al Jazeera's Qais Azimy, reporting from Kabul, said the drivers were most probably speeding to avoid attacks by the Taliban at the time of the accident.

An injured soldier recovers in a hospital after Friday's attack at a military compound in Mazar-e-Sharif province north of Kabul, Afghanistan, Saturday, April 22, 2017. Gunmen wearing army uniforms stormed a military compound in the Balkh province, killing at least eight soldiers and wounding 11 others, an Afghan government official said Friday.