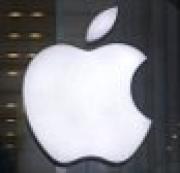 If you thought you'd be able to run away from the terrifying new breed of robots, bad news. Boston Dynamics has revealed a video of its terrifying Atlas robot running and jumping over obstacles with ease. 'Atlas does parkour,' the firm says in the description for the video, which shows the robot leaping up a series of 40cm steps with ease, and over logs with a single bound. It says the robot's software has been updated giving it the new features. 'The control software uses the whole body including legs, arms and torso, to marshal the energy and strength for jumping over the log and leaping up the steps without breaking its pace.

Maker of fearsome animal robots is edging into the light

It's never been clear whether robotics company Boston Dynamics is making killing machines, household helpers, or something else entirely. For nine years, the secretive firm – which got its start with US military funding – has unnerved people around the world with YouTube videos of experimental robots resembling animal predators. In another, a small wheeled rover nicknamed SandFlea abruptly flings itself onto rooftops – and back down again. Now, in a rare interview, Boston Dynamics CEO Marc Raibert has shed new light on his work, claiming the machines could be used as servants rather than weapons. Boston Dynamics founder Marc Raibert (pictured with his creation SpotMini) doesn't rule out future military applications for his terrifying machines.

Hey, remember that dog-like robot, SpotMini, that Boston Dynamics showed off last week, the one that opened a door for its robot friend? Well, the company just dropped a new video starring the canine contraption. In this week's episode, a human with a hockey stick does everything in his power to stop the robot from opening the door, including tugging on the machine, which struggles in an ... unsettling manner. The dogbot wins and gets through the door anyway.

Amazon CEO Jeff Bezos has taken a robotic dog for a walk at a secretive conference in California. The 54-year-old has been pictured strutting alongside Boston Dynamics' four-legged SpotMini robot, which has previously been compared to killer canine bots featured in the Netflix series Black Mirror. Bezos, who is worth a reported £92 billion ($130 billion), posted the photo to his Twitter account on Monday with the caption: 'Taking my new dog for a walk.' He is currently attending Amazon's'Mars' conference in Palm Springs - an invite-only gathering of robotics companies and academics that focuses on machine learning, automation, robotics and space exploration. Amazon CEO Jeff Bezos has taken a creepy robotic dog for a walk around a secretive conference in California.