Such a scenario occurs, but not especially often. Two identical temperature sensors produce readings that are equally likely to be close to the actual value, but a difference in made, age, or position changes their reliability. Two experts hardly have the very same knowledge, experience and ability. The reliability of two databases on a certain area may depend on factors that are unknown when merging them. Merging under equal and unequal reliability are two scenarios, but a third exists: unknown reliability. Most previous work in belief merging is about the first [41, 43, 13, 22, 36, 31, 23]; some is about the second [53, 42, 12, 35]; this one is about the third. The difference between equal and unknown reliability is clear when its implications on some examples are shown. 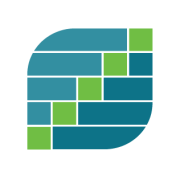 Let $V$ be an $n$ dimensional space with sets of positive class vectors $P$ and negative class vectors $N$. The task is to find a vector $x$ such that AUC is maximized, based on ranking generated by computing distances between $x$ and $P,V$. So in a sense, $x$ is closer to $P$ than to $V$. It looks like this doesn't have a unique solution, but I'm curious if there is a really easy explicit solution to this, or a short algorithm? Surely this is a well known classical problem?

It is no surprise that Machine Learning uses a lot of Mathematics into the implementation of its algorithms and models, and along it with comes some serious coordinate geometry. The coordinate geometry brings with itself distances, and that is what we will address today! Be it Physics, Geography, Nuclear Physics, or any kind of science, the word distance has always been familiar and therefore, we all have a basic understanding of what distance is. It's a numerical measurement of how far two objects or points are. Well, I'm here to give you it of a twist! Your life has been a lie because the distance is not exactly what we know in Machine Learning.

When training neural networks by the classical backpropagation algorithm the whole problem to learn must be expressed by a set of inputs and desired outputs. However, we often have high-level knowledge about the learning problem. In optical character recognition (OCR), for instance, we know that the classification should be invariant under a set of transformations like rotation or translation. We propose a new modular classification system based on several autoassociative multilayer perceptrons which allows the efficient incorporation of such knowledge. Results are reported on the NIST database of upper case handwritten letters and compared to other approaches to the invariance problem. 1 INCORPORATION OF EXPLICIT KNOWLEDGE The aim of supervised learning is to learn a mapping between the input and the output space from a set of example pairs (input, desired output). The classical implementation in the domain of neural networks is the backpropagation algorithm. If this learning set is sufficiently representative of the underlying data distributions, one hopes that after learning, the system is able to generalize correctly to other inputs of the same distribution.