How Technology Needs Will Differ For Different Businesses 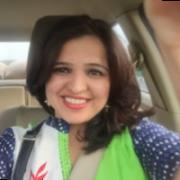 If you own a business, you will likely have computer systems that are helping you manage all your daily operations. Some of the programs are specifically designed to handle accounting related issues, whereas others can be much more comprehensive. They may keep track of your workers, when they come in, and the amount of time that they can take off. You may have a security system in place that will register when people arrive at your place of business and when they depart. To do this, you need a PC that can handle the software that you are operating, and in most cases, this can be operated using a laptop just as easily.

Boden, Margaret A. (University of Sussex)

It's an aspect of normal human intelligence, not a special faculty granted to a tiny elite. There are three forms: combinational, exploratory, and transformational. Whether computers could "really" be creative isn't a scientific question but a philosophical one, to which there's no clear answer. But we do have the beginnings of a scientific understanding of creativity.

We are a'for developers, by developers' company. Each month, Jexia applauds the latest computer science projects out there.

Cracking the Code: How Computer Science Can Change Lives

The CEO of Baltimore-based nonprofit Digit All Systems Inc., Lance Lucas described a real-world approach to using coding to create opportunity. His company has trained more than 10,000 students in cybersecurity certifications and computer programming through partnerships with 60 schools in the Baltimore/Washington metropolitan area, and has donated more than 3,500 computers to churches, schools, community groups and other organizations in need. He organized the first guns-for-computers trade-in program in the U.S. in 2013 and, after the rioting in Baltimore in 2015, offered people in affected areas a chance to reboot their lives.