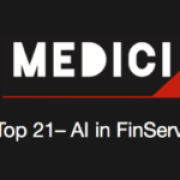 We're already far along in introducing an objective decision maker into situations that truly matter, yet humans make a vast number of decisions each day with limited information and most importantly, limited objectivity. We shouldn't write off the human brain however – it is truly a cognitive miracle that derives information from all senses in real time and through conscious and unconscious steering, shapes our thoughts & actions. Yet a lot of human morality centers around the concept of self-protection in complex decision making and a lot of the information accessible to humans, is a fraction of what AI will be able to tap into and process. 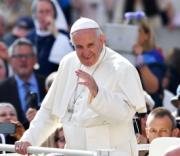 A top evangelical Christian writer defended on Sunday a recent scathing editorial he wrote that called for President Trump to be removed from office. Mark Galli, the editor-in-chief of Christianity Today, said in an interview with CBS' "Face The Nation" that Trump's support of causes important to the evangelical community can no longer excuse his actions in other areas and said the president is "morally unfit" to occupy the Oval Office. "I am making a moral judgment that he is morally unfit or, even more precisely, it's his public morality that makes him unfit," Galli said. HOUSE DEM BLASTS TRUMP AFTER ATTACK ON JOHN DINGELL: 'HELL WILL BE TOO GOOD FOR HIM' While Galli admitted that "none of us are perfect," he added that the president "has certain responsibilities as a public figure to display a certain level of public character and public morality." "He gives us what we need on'pro-life' but you've got this bad character," Galli said.

The dawn of robot morality The National

How can we programme a robot to behave morally when we don't have a working definition for morality ourselves? This is one of the many questions involved with the field of artificial intelligence and the development of advanced robots. While it might sound like something out of a science fiction novel, artificial intelligence has quickly become a facet of our daily lives. Take Siri or Google Now on our smartphones, and Amazon's Alexa. Rudimentary as they are today, these so-called "smart assistants" represent the future of artificial intelligence.

The Legal Aid Society attorney Adriene Holder says the judge's order is "releasing Pablo back to his family and community." Holder says the decision "should serve as a rebuke against the Trump Administration and its merciless crusade to tear families apart."