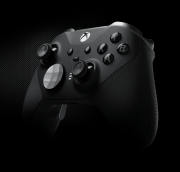 SAVE $37.04: Microsoft's Xbox Elite Controller Series 2 is on sale at Walmart for just $142.95 as of Oct. 13. As of Oct. 13, Walmart had Microsoft's best-in-class Xbox Elite Controller Series 2 on sale for just $142.95 If it sells out at the big box store, try Amazon or the Microsoft Store instead -- both had the Elite Series 2 listed for $147.99 (or $32 off) at the time of writing. Meanwhile, it's stuck on $149.99 at Best Buy, Target, and GameStop. The Elite Series 2 was released in 2019, succeeding the original Xbox Elite Wireless Controller from 2015, and has been a top seller ever since despite a borderline ridiculous price tag.

Microsoft may be working on a new Xbox Elite controller

Microsoft's Xbox Elite controller is pricey, but arguably the go-to choice for Xbox One owners who want a gamepad that fits their exact needs. And apparently, there's enough demand to merit a sequel. Multiple leaks appear to have uncovered a new Elite controller that builds on lessons learned from the first model. If the tips are accurate, it would include Bluetooth (to painlessly connect to your PC), a USB-C wired connection, an Apple MagSafe-style charging connector on the back and a built-in battery instead of disposables. And naturally, there are more tweaks for players who want their controls just so.

If you're into marathon gaming, you'll want this Xbox controller. Luckily, it's on sale. 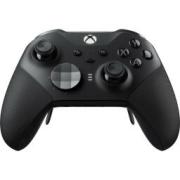 SAVE $40: The Xbox Elite Series 2 controller is considered by many to be the best there is, and it's on sale ahead of Black Friday. Take $40 off the original price when you pick one up at GameStop and pay just $139.99. If you tend to play video games for long periods of time, you know how uncomfortable it can be to hold a crappy controller that almost seems like it was designed to hurt you (remember the Nintendo 64 controller?). That's why getting a controller that's built to be used for extended sessions is a must for those who play often. The Xbox Elite Series 2 wireless controller is your answer to that. The Elite Series 2 is a joy to hold, featuring a super ergonomic design that'll feel comfortable for hours of gameplay.

If you missed your chance to get Microsoft's Xbox Elite Series 2 controller for $140 on New Year's Day, here's your chance to grab it a discount again. The controller is $40 off its usual price of $180 on Microsoft's website right now, and that almost matches its $135 Black Friday pricing last year. Released in 2019, the Xbox Elite Series 2 typically sells for $180 and is aimed towards avid gamers. Its official page says it was "designed to meet the needs of today's competitive gamers" and that it "features over 30 new ways to play like a pro." The controller is highly customizable and ships with a set of six thumbsticks of different shapes and sizes, four paddles, two D-pads, a charging dock, a carrying case and a USB-C cable. Its battery can last for up to 40 hours, and yes, it can connect to your device via Bluetooth or USB-C to play both Xbox and PC titles.