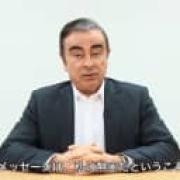 Hitachi Ltd. is considering selling core subsidiary Hitachi Chemical Co., it was learned Thursday. According to sources with knowledge of the matter, Hitachi is in contact with several businesses and investment funds to select a buyer of the unit. The company is set to accelerate the negotiations, and will sell the unit by the end of March next year if an agreement is reached, the sources said. The electronics giant plans to enhance its profitability mainly by focusing on "internet of things" technologies, as well as electricity and other energy-related operations. As part of the moves, Hitachi said last December that it will acquire Swiss heavy machinery-maker ABB Ltd.'s power grid business. 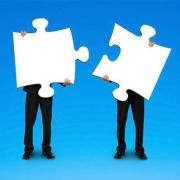 Japanese conglomerate Hitachi has completed its merger between Hitachi Vantara and Hitachi Consulting in a move channel partners say will accelerate the adoption of the company's IoT and data-driven solutions in the channel. Hitachi's goal in merging the two companies is to create a new IT "powerhouse" that combines Hitachi's consulting-led digital solutions and vertical expertise organization with Hitachi Vantara's domain expertise with a heavy focus on the data center, data operations and digital transformation, according to the Santa Clara, Calif.-based company. The combined company will continue to be called Hitachi Vantara. "A barrage of data and technology is disrupting enterprises and industries the world over," said Toshiaki Tokunaga, chairman and CEO of the new Hitachi Vantara, in a statement. "Through the integration of Hitachi Consulting, the new Hitachi Vantara will be uniquely equipped with the capabilities our customers need to guide them on their digital journeys. We're going to be the company that helps customers navigate from what's now to what's next."

LONDON – Hitachi Ltd. is seeking to resurrect plans for a nuclear power plant in northern Wales and has already been in talks with the British government, the Financial Times reported Sunday on its online edition. Horizon Nuclear Power Ltd., a Hitachi subsidiary, has been holding detailed discussions with the government for weeks, including on financing, the newspaper said. Plans to resurrect Hitachi's project came as conservative British lawmakers question the involvement of state-backed China General Nuclear Power Corp. in the country's nuclear power sector, according to the report. Anti-Chinese sentiment has grown in the country since Beijing tightened its grip on Hong Kong, the former British colony that was promised a high degree of autonomy for 50 years after its return to Chinese rule in 1997. Hitachi suspended the ¥3 trillion ($28.2 billion) project to build two nuclear power reactors at the Wylfa Newydd plant on Anglesey Island in January 2019, after it faced difficulties securing financing and judged that proceeding would be risky.

The deal, signed last week, is part of a big push by Honda into electric cars. The joint venture, which has yet to be named, will be 51 percent owned by Hitachi and will have manufacturing and sales operations in the U.S. and China, the companies said. 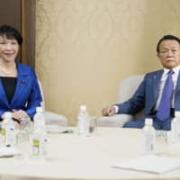 Mitsubishi Heavy Industries Ltd. and Hitachi Ltd. are expected to settle their dispute over losses related to a thermal power generation project in South Africa, sources have said. Mitsubishi Heavy initially demanded some ¥770 billion in payments from Hitachi, but the two sides are now in talks over reducing the amount to ¥500 billion, the sources said. In 2014, the two companies merged their thermal power generation businesses and set up Mitsubishi Hitachi Power Systems Ltd., a joint venture owned 65 percent by Mitsubishi Heavy and the remainder by Hitachi. In July 2017, Mitsubishi Heavy filed for arbitration with the Japan Commercial Arbitration Association, demanding payment from Hitachi to cover losses from the South African project, for which Hitachi signed a contract before the merger. The proposed settlement includes a handover of a certain stake in the joint venture from Hitachi to Mitsubishi Heavy, the sources said.