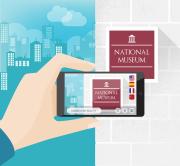 Technology and the Failure of the University 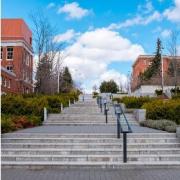 There are predictions that half of U.S. universities will fail in the next 15 years.a Will technology be responsible for some or all of these failures, or does technology have the potential to save the American university? The purpose of this Viewpoint is to examine the dual role of technology in the future of higher education. It argues that technology-enhanced teaching and learning can dramatically improve the quality and success of higher education, but learning technologies alone will not save the university. However, universities that lack the leadership, motivation and the resources to innovate with technology are good candidates for failure.

Only about a third of UK students think that they get good "value for money" from their university course, according to an influential annual survey. The survey of 15,000 students shows perceptions of "good value for money" have fallen to 37% from 53% in 2012. The survey suggests that a lack of teaching hours for some courses is causing this sense of disappointment. Universities Minister Jo Johnson says universities must respond to students with a "sharper eye for value". The Student Academic Experience Survey, produced by the Higher Education Policy Institute and the Higher Education Academy, shows a gap between high levels of satisfaction with courses and falling levels of students believing that they are getting value.

Some public colleges and universities are being pushed further from their mission to serve in-state students because of drops in budget funding for higher education, adding yet another hurdle for students struggling to navigate the college admissions gauntlet. The issue made national waves this week, after an audit from the state of California charged that the University of California system is hurting local students by admitting too many out-of-state applicants, as reported by the Los Angeles Times. According to the audit, from academic years 2010-2011 through 2014-2015, total nonresident enrollment at university campuses increased by 82 percent, or 18,000 students, while resident enrollment decreased by 2,200 students, or 1 percent. The reason behind the out-of-state enrollment surge is easy to see, experts say. Because of state budget cuts to higher education, university systems in California and elsewhere have been relying on revenue from students outside their home borders, who are charged significantly more in tuition than those in-state.

Rabat, Morocco - When Widad Houmaid, 20, earned good marks in high school, she decided to enrol in a biology class at Hassan II University in Casablanca. There was only one problem; Moroccan university professors teach science in French. Houmaid, a graduate of Moroccan public schools where maths and science are taught in Arabic, does not speak French. She is now struggling in her biology class. "You have to speak French to get the professors' respect, and to get their attention," she said.