Soon after Friday's release of the smartphone game "Pokemon Go" in Japan, the craze resulted in numerous traffic accidents and other incidents nationwide, police said Monday. "Pokemon Go" is an augmented-reality game in which users visit real-life locations in search of virtual creatures that appear superimposed on smartphone screens. Among the incidents, a 27-year-old man from Chiba Prefecture was arrested for allegedly assaulting a woman in her 20s who was playing "Pokemon Go" near JR Shibuya Station in Tokyo, according to the Metropolitan Police Department. The man was arrested Saturday night at the scene after he grabbed the woman's arm in the mistaken belief he had been photographed when she took a picture of a rare game character, and demanded that she delete the image, the police said Monday. In Otsu, Shiga Prefecture, on Monday morning, a 21-year-old company worker drove into a line of cars waiting at a red light while he was playing the game. 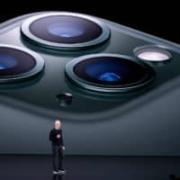 CHIBA, JAPAN – The Tokyo Game Show opened on Thursday with the spotlight on how game makers will take advantage of ultra-high-speed 5G mobile data networks ahead of the technology's commercial rollout in Japan in 2020. Game makers and related network developers cite their sector as one which will benefit from next-generation wireless networks that are expected to allow players of increasingly popular online games to utilize faster downloads and smoother connections. At the annual extravaganza at the Makuhari Messe convention center in Chiba Prefecture, major mobile phone carrier NTT Docomo Inc., which will start commercial 5G services in 2020 along with rivals KDDI Corp., SoftBank Corp. and Rakuten Inc., has set up a booth promoting 5G gaming. It will arrange a tournament where up to 100 players can be simultaneously connected, and will also offer augmented reality games in which users can watch battles between characters that are superimposed in their current physical locations via their smartphone screens. The next-generation services can send and receive data around 100 times faster than current 4G technology.

I went into a local Gamestop just before the New Year, and I decided to browse through recently released games on the PS4 and Xbox One. I was looking for a fighting game that I might have overlooked. CHIBA, JAPAN - SEPTEMBER 20: An attendee (L) plays Namco Bandai Games Inc.'s'Tekken Tag Tournament 2' with Nintendo Co.'s Wii U video game console during the Tokyo Game Show 2012 at Makuhari Messe on September 20, 2012, in Chiba, Japan. The annual video game expo, which is held from September 20 to 23, attracts thousands of business visitors and the general public with exhibitions of the upcoming game software and latest hardware. It's been a long time since I played one regularly.

TOKYO--One woman died and another was injured in what Japanese police are calling the first fatal accident in the country involving the smartphone game Pokémon Go. Police in Tokushima, on the island of Shikoku in western Japan, said a car plowed into the two women on Tuesday night as they crossed the street. The crash broke one woman's neck, killing her, while the other woman suffered a broken hip. Local police said the driver of the car told them that he wasn't looking ahead because he was playing Pokémon Go, a game that involves capturing animated creatures superimposed on real images as seen through the phone's camera. It was the first death caused by an accident related to Pokémon Go in Japan, the National Police Agency said.

TOKYO--Nintendo Co. will open an area dedicated to its famous game characters inside theme-parks of Universal Parks & Resorts in Hollywood, Orlando and Japan's Osaka, the two companies announced on Tuesday. The opening will occur over the next several years and feature "expansive, immersive and interactive" experiences built around the Kyoto-based game powerhouse's famous franchise characters such as Mario.