'iZombie' Season 3 Spoilers: Will Liv And Major Rekindle Their Romance?

Although Season 3 of "iZombie" will premiere with both Liv (Rose McIver) and Major (Robert Buckle) being single, it seems unlikely that the exes will get back together as a couple in the new installment. In a recent interview with Yahoo TV, McIver implied that Liv and Major won't be rekindling their romance anytime soon. "Liv and Major love each other so much," the Kiwi actress said. "But they also have been pushed and pull in such strange ways so it's not simple to recover from that kind of trauma in a relationship. READ: Will Liv and Ravi ever get together on "iZombie"?

The next 'CS:GO' Major is being hosted by ELeague in Atlanta 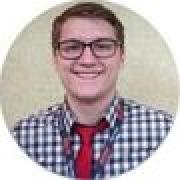 The next Counter-Strike: Global Offensive Major Championship is coming to the U.S. for the second time and being held by one of the newest names in the tournament-organizing game: ELeague. The ELeague Major Championship will feature 16 of the best teams in CS:GO and run from Jan. 22-29 in Atlanta. The champions will receive the majority of the 1 million prize pool. CS:GO Major Championships are a step above any other CS:GO tournament, pitting the top eight teams called "Legends" from the previous Major against eight "Challengers" that make it through qualifiers. Majors are sponsored by developers Valve and are considered to be top-tier tournaments.

Here's a comprehensive breakdown of the 16 'CS:GO' teams in the ELeague Major

The first Counter-Strike: Global Offensive Major of 2017 is coming up in January, and all 16 teams are locked in after this weekend's qualifier for the $1 million ELeague Major. The eight "Legends" -- teams that placed in the top eight at the previous Major in July -- are champions SK Gaming, Team Liquid, Virtus.pro, The eight "Challengers" that qualified over the weekend are FaZe Clan, Godsent, Mousesports, OpTic Gaming, Team Dignitas, Team EnVyUs, G2 Esports and HellRaisers. SEE ALSO: The most beloved version of'Counter-Strike' will live on as a mod for'CS:GO' A lot has changed since the ESL One Cologne Major in July, so let's break down how the Legends and Challengers are looking going into the ELeague Major. SK Gaming -- The reigning Major champions continue to be one of the strongest CS:GO teams in the world, but the (mostly) Brazilian squad has had some difficulty winning tournaments since the Cologne Major.

ESL isn't too happy about the big 'Counter-Strike' Major announcement

The second Counter-Strike: Global Offensive Major of 2017 is going down this July in Kraków, Poland, hosted by PGL. The main event of the PGL Kraków Major will run from July 16 to 23, featuring the top eight "Legends" from the previous ELeague Atlanta Major -- first place team Astralis, Vitrus.pro, SK Gaming, Fnatic, North, Na'Vi, FaZe Clan and Gambit Esports -- going up against eight "Challengers" in group stages and playoffs. Challengers will be decided in an offline qualifier in late-June/early-July. It will consist of teams that placed 9th-16th in the previous Major, and teams that make it through regional Minors in June.

Marshall's Major headphones first debuted in 2010, and the company introduced the wireless Major II in 2016. Now Marshall is updating its most popular model with the Major III: a redesigned version of the on-ear headphones that still carries that familiar style. While this new option may look similar to the others, there are some updates that should make the extremely capable headphones even better. First, the Major III features new earpads alongside changes to both the headband and hinges. Marshall says these tweaks make the headphones more comfortable so they can easily be worn for long periods of time.