Technology for the Most Effective Use of Mankind 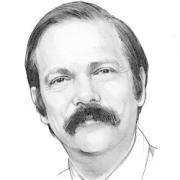 Techno-optimism is defined as the belief that technology can improve the lives of people. It was famously satired in the U.S. television comedy series "Silicon Valley," with a startup-company's founders pledging to "make the world a better place through Paxos algorithms for consensus protocols." But some people take techno-optimism very seriously. Ray Kurzweil, an accomplished tech innovator, described his techno-optimistic vision in his books: The Age of Spiritual Machines, How to Create a Mind: The Secret of Human Thought Revealed, and The Singularity Is Near. In a keynote address (see https://goo.gl/RwkwK1) at the 2016 meeting of the Computing Research Association, Kentaro Toyama argued that "In spite of the do-gooder rhetoric of Silicon Valley, it is no secret that computing technology in and of itself cannot solve systemic social problems."

Where Does Consciousness Come From? Researchers Pinpoint The Physical Seat Of Sentience

For cognitive scientists, neurobiologists, and even some physicists, consciousness presents a unique and alluring problem. Although we know we are conscious, we know almost nothing about how it arises out of inanimate matter, and from where in the brain it comes from. Now, a team of researchers led by neurologists at Harvard Medical School's Beth Israel Deaconess Medical Center (BIDMC) believe it has discovered the physical foundations of consciousness. In a study published in the latest edition of the journal Neurology, the researchers pinpointed regions of the brain that appear to work together to create consciousness. "For the first time, we have found a connection between the brainstem region involved in arousal and regions involved in awareness, two prerequisites for consciousness," lead researcher Michael Fox from BIDMC, said in a statement.