Samsung has all but confirmed that its next flagship smartphone will feature an artificial intelligence assistant. The company has posted a vacancy on LinkedIn, for a Principal Program Manager who would be responsible for driving "the execution and delivery of Samsung's upcoming AI (Artificial Intelligence) assistant on the Galaxy S8." Though tech companies aren't averse to teasing the industry with misleading information ahead of major launches, the professional network isn't where you'd typically expect to find such a red herring. The giant human-like robot bears a striking resemblance to the military robots starring in the movie'Avatar' and is claimed as a world first by its creators from a South Korean robotic company Waseda University's saxophonist robot WAS-5, developed by professor Atsuo Takanishi and Kaptain Rock playing one string light saber guitar perform jam session A man looks at an exhibit entitled'Mimus' a giant industrial robot which has been reprogrammed to interact ... 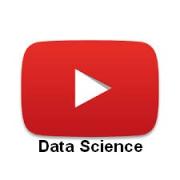 David Langer, Senior Director, BI and Analytics at Microsoft, holds a series of in-depth, hands-in tutorials on data science using R, going through the evergreen of Kaggle's competitions: Titanic 101. The visuals, from a communication point of view, are simple and effective for the purposes of the video: a classical screencasting with audio narration.

LinkedIn wants to become more useful to workers by adding personalized news feeds, helpful messaging "bots" and recommendations for online training courses, as the professional networking service strives to be more than just a tool for job-hunting. The new services will arrive just as LinkedIn itself gains a new boss -- Microsoft -- which is paying 26 billion to acquire the Silicon Valley company later this year. LinkedIn said the new features, which it showed off to reporters Thursday, were in the works before the Microsoft takeover was announced in June. But LinkedIn CEO Jeff Weiner said his company hopes to incorporate some of Microsoft's technology as it builds more things like conversational "chat bots," or software that can carry on limited conversations, answer questions and perform tasks like making reservations. Chat bots are a hot new feature in the consumer tech world, where companies like Facebook, Apple and Google are already racing to offer useful services based on artificial intelligence.

5 Observations And Reflections After Participating In ISTE 2016 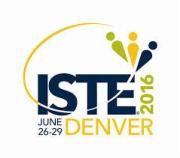 The annual International Society for Technology Educators conference (ISTE) just wrapped up in Denver. In addition to serving as a networking and informational hub for several thousand educators and innovative education technology companies, ISTE is a breeding ground for concepts and collaborations that will impact how we all learn, teach and share ideas over the coming months, years and decades. Here are five observations and reflections I have after participating in my fourth ISTE conference. We are only just scratching the surface Virtually anybody who attends ISTE already understands the impact digital teaching resources and collaborative social networks can have on education. There were countless presentations explaining how a given application or sequence of videos and Open Educational Resources (OER) can be incorporated into a particular topic or lesson.

The move comes nearly 18 months ago after the social network acquired the training site for 1.5 billion. LinkedIn Learning is now available to all of LinkedIn's premium subscribers. The company also plans to make the service available to enterprises, so they can give their employees access to a variety of courses and training materials. "The dream is to create economic opportunity for every member of the global workforce," said LinkedIn CEO Jeff Weiner during a press event at the company's new San Francisco offices. "The idea that you can acquire skills once and have a job for life, those days are over."LinkedIn