More than 30 million Americans – over 9 percent of the U.S. population – have diabetes. Over 7 million of them use insulin, which is skyrocketing in price and creating a public health crisis that will lead to needless deaths and billions of dollars of avoidable health care costs. Out-of-control diabetes causes devastating problems to every organ in the body – including the eyes, the nerves, the kidneys and the heart. And now some people using insulin are suffering devastating financial problems as well. As insulin continues to become more and more expensive, many people with diabetes who require it can't afford it and find they have to ration its use. 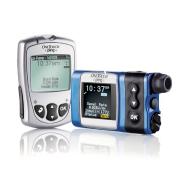 Johnson & Johnson is warning patients about a security loophole that can leave them vulnerable to overdosing on insulin. While the company says the risk is low, and there have been no attempted hacks, the J&J Animas OneTouch Ping insulin pump is susceptible to a security breach in the wrong hands. "The probability of unauthorized access to the OneTouch Ping system is extremely low," wrote the company in a letter, obtained by Reuters, sent to doctors and about 114,000 patients who use the device in the U.S. and Canada on Monday. "It would require technical expertise, sophisticated equipment and proximity to the pump, as the OneTouch Ping system is not connected to the internet or to any external network." An insulin pump helps diabetic patients manage their blood glucose (sugar) levels by delivering insulin--a hormone secreted from the pancreas that prevents blood sugar levels from getting too high or low--throughout the day through a catheter under the skin.

About 1.2 million Americans have type 1 diabetes, a chronic condition in which the pancreas stops producing insulin. Type 2 diabetes, a growing problem linked to the obesity epidemic, is far more common, affecting nearly 30 million people in the United States, according to the American Diabetes Association. While type 2 diabetes is treated with a variety of other medicines, those patients may also eventually become dependent on insulin as the disease progresses.

One of the biggest complaints for diabetics is they hate having to prick their fingers multiple times per day to test blood sugar levels. A global diabetes epidemic is fuelling record demand for insulin but tens of millions will not get the injections they need unless there is a dramatic improvement in access and affordability, a new study concluded on Wednesday. Diabetes -- which can lead to blindness, kidney failure, heart problems, neuropathic pain and amputations -- now affects 9 percent of all adults worldwide, up from 5 percent in 1980. The vast majority have type 2 diabetes, the kind linked to obesity and lack of exercise, and cases are spreading particularly rapidly in the developing world as people adopt more Western, urban lifestyles. Researchers said the amount of insulin needed to effectively treat type 2 diabetes would rise by more than 20 percent over the next 12 years, but insulin would be beyond the reach of half the 79 million type 2 diabetics predicted to need it in 2030.