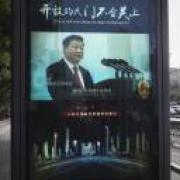 WASHINGTON – U.S. President Donald Trump signed into law on Thursday a bill that would ease rules on most banks for the first time since the 2007-2009 financial crisis. The legislation eases regulations on all but a handful of the nation's largest banks, and marks a significant victory in Trump's efforts to cut rules in a bid to spur economic growth. The legislation eases oversight of all banks below $250 billion in assets, and exempts small community banks from a host of stricter rules and oversight established by the 2010 Dodd-Frank financial reform law. "The legislation I'm signing today rolls back the crippling Dodd-Frank regulations that are crushing small banks," Trump said at the bill signing. While the new law lessens rules on a large number of U.S. banks, it stops short of eliminating much of Dodd-Frank.

The Costa-Hawkins Act, which Proposition 10 would repeal, is a state law that takes away the decision-making from local communities on whether or not there should be specific forms of rent regulation on specific types of housing units. In effect, Costa-Hawkins overruled local decisions on rent control. Proposition 10 would leave decision-making on rent regulations in the hands of local communities, where almost all other land use decisions are made.

Fresh From ABA 2017: Community Bankers Are Riding The Fintech And Regulation Wave Of Optimism

The past several years have been eventful for community banks in the U.S. We overcame the Great Recession, adapted to a new regulatory environment, and evolved to adapt to new technologies – including competition from new financial industry disruptors. These changes have come at a cost. The number of federally insured banks has dropped from 7,357 in 2011 to 5,980 in 2016, according to the FDIC. But despite the challenging environment community bankers have faced, it seems that we're turning a corner--and the conversation at last week's ABA National Conference for Community Bankers was proof of this. Mirroring the positive sentiment we're seeing among small businesses, conference discussions reflected a new level of confidence and optimism nonexistent in recent years.

This interview is reproduced with permission from Yale Environment 360. It was first published on May 7, 2020. Find the original story here. While cities and towns across the United States are wrestling with the devastating impacts of the coronavirus pandemic, none have been hit harder than low-income and minority communities. Places like Detroit, Chicago, and St. James Parish in Louisiana, plagued by decades of economic inequality and pollution in impoverished neighborhoods, have experienced some of the country's highest mortality rates from the virus.