Stephen Hawking dies: 5 things to know about the legendary physicist

If the big bang theory is an explanation on how the universe was created, then what existed before the big bang occurred? Hawking's work on theoretical physics earned him countless honors, and made him a key voice in understanding our universe. Here are five things to know about Hawking's life and career. The disease forced Hawking to remain in a wheelchair and depend on a computerized voice system to communicate. According to Live Science, the average life expectancy after an ALS diagnosis is three years, with only 5% living 20 years or more.

On Stephen Hawking's birthday, 5 things to know about the legendary physicist

The PhD thesis of one of the most celebrated modern scientists is online for all to read - if you understand it! 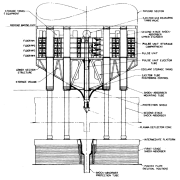 Mathematician and physicist Freeman Dyson has had a career as varied as it has been successful. A former professor of physics at Princeton's Institute for Advanced Study, he has worked on the unification of the three versions of quantum electrodynamics invented by Richard Feynman, nuclear reactors, solid-state physics, ferromagnetism, astrophysics, biology, and the application of useful and elegant math problems. One of his ideas, the Dyson Sphere, was featured in a "Star Trek" episode. Today, Dyson frequently writes about science and technology's relationship to ethics and social issues. Business Insider sat down with him and talked about math, war, the human brain, the education system, and the Orion Project. This interview has been edited for clarity and length. Elena Holodny: Who has most inspired you in either math or science? Dick Feynman ... he has now become famous, to my great joy, because when I knew him he was completely unknown. But I recognized him as being something special. He was only for a short time at Cornell when I was a student and he was a young professor. So I didn't work with him, but I just sat at his feet, literally, and listened to him talk. He was a clown, of course, and also a genius. It was a good combination.

Stephen Hawking s words from beyond the grave bring...

Stephen Hawking probed the very limits of human understanding both in the vastness of space and in the bizarre sub-molecular world of quantum theory. As well as numerous best-selling books, Hawking also published several important scientific papers during an illustrious research career. Through his groundbreaking theories, the legendary physicist examined the origins of the universe and helped explain the behaviour of black holes. One of Hawking's first key ideas was how space and time react within the brutal confines of black holes. Black holes are regions of space with a gravitational field so intense that no matter or radiation can escape.

Revolutionary astrophysicist and author Stephen Hawking passed away aged 76, sending shockwaves throughout the scientific community. Hawking was regarded as one of the greatest theoretical physicists since Albert Einstein. Despite suffering from a paralyzing disease since the early 1960s, he released work explaining some of the biggest mysteries of the cosmos such as Black Holes and the beginning of the Universe, and published several books including the bestseller "A Brief History of Time." Physicist Stephen Hawking sits on stage during an announcement of the Breakthrough Starshot initiative with investor Yuri Milner in New York, April 12, 2016. "He was a great scientist and an extraordinary man whose work and legacy will live on for many years.