The team's robot software was nicknamed Their project was to develop software on the Nomad 200 robot for tasks such as maze following, office delivery, and office navigation. In both the second for the competition's Office Navigation and the final rounds, the software achieved event. The perfectly complete the task. It is equipped with 2 sonar route from the director's office to the conference rings of 16 sonars each and with 2 charge-coupled rooms, directed the robot to each of the device (CCD) cameras. The robot has a two conference rooms, correctly determined 486 processor on board with a hard drive and which conference room was not occupied, 16 megabytes of memory. The behaviors at the bottom level needed to worry about low-level responsibilities, such as avoiding obstacles and not hitting walls but did not need to know about the overall strategy for solving the task. 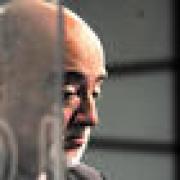 Mindy Kaling just gave "The Office" fans the reunion they have been waiting for. "The Mindy Project" star sent fans into a frenzy when she posted a photo, and video of herself, and former co-star BJ Novak on Instagram.

The world's No. 1 tennis player, Novak Djokovic, is out of Wimbledon. In a stunning upset that was repeatedly delayed because of light showers, the two-time defending champion was ousted in the third-round Saturday by Sam Querrey, a California native and Thousand Oaks High graduate seeded 28th in this storied tournament. "It's an unbelievable win," said Querrey, 28. "To do it here at Wimbledon is really special." It was a shocking dismissal of Djokovic, who had won four majors in a row and was halfway to a so-called calendar Grand Slam, requiring same-year victories at Wimbledon, along with the Australian, French and U.S. Opens.

I identify so very completely with the role because it was exactly what Harry Cohn and what Hollywood was trying to do to me, which was to make me over into something I was not,