Ever been kept awake by a dripping tap? Scientists solve what causes the maddening sound

Scientists have solved the riddle behind one of the most recognisable and annoying household sounds: the dripping tap. And, what's more, they say squirting washing up liquid in the sink solves the maddening problem in seconds. Using ultra-high-speed cameras and modern audio capture techniques, researchers showed the'plink, plink' is not caused by the droplet itself hitting the water. Instead it's the waves, or oscillation, of a small bubble of air trapped beneath the surface. Researchers from the University of Cambridge's department of engineering used an ultra-high-speed camera, a microphone and a hydrophone to record droplets falling into a tank of water.

It's the sound of water droplets falling one after another, maybe from a leaky faucet or through a cracked ceiling. It's the kind of sound that can keep you up all night. University of Cambridge engineer Anurag Agarwal feels your pain. While visiting a friend in Brazil in 2016, Agarwal couldn't ignore the water that steadily dripped through the leaky roof and fell into a bucket below. "It was a rainy period, and the downfall was torrential," he says.

It haunts you when you're trying to eat your dinner in peace. It disturbs you when you're trying to watch TV. It even keeps you awake in the wee small hours. It's the insufferable, interminable drip-drip-dripping of a leaky tap. Well, scientists at the University of Cambridge have finally figured out what's causing what is almost certainly the world's most infuriating sound.

It's hard to say how much going to a protest increases your risk of catching the coronavirus. Being outside is much safer than being in an enclosed space with strangers, but protests aren't exactly conducive to social distancing, particularly when violently agitated by cops. We won't know for a few weeks whether recent demonstrations contributed to a spike in cases, and even then it may be unclear how much other activities--as many cities inch toward partial reopening--are responsible for any uptick. And as with any activity, the risk of attending a specific protest somewhat depends on how much virus is in your community at any given time, which is hard to know. But there are several things you can do to lower your risk of contributing to the spread.

The Truth About Microorganisms 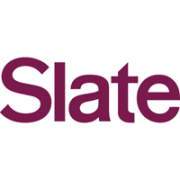