Building Brains: How Pearson Plans To Automate Education With AI

On a balmy summer's day in San Francisco, Milena Marinova is sitting on the roof terrace of the offices of Pearson, a company in the midst of a radical transformation from publishing powerhouse to digital-education platform, wrapped in a gray shawl and explaining how she plans to build advanced, deep-learning algorithms that could educate the next generation of students. This is no easy task. With millions of students using its education-software, Pearson has amassed "terrabytes" of data from student homework and even textbooks that have been digitized, data that Marinova is now pulling together to build software that can automatically give students feedback on their work like a teacher would. Instead of just telling them that an answer is right or wrong, a future update to Pearson's math homework tool will give more detailed feedback on how they went wrong in the steps taken to get an answer, Marinova told Forbes in an interview. Pearson is starting with math because the topic is relatively easy to structure and digitize. 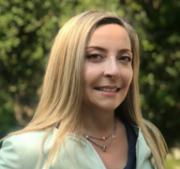 Pearson is concentrating efforts in the area of artificial intelligence (AI) and has hired a former Intel executive, Milena Marinova, to be its senior vice president for AI products and solutions. The appointment has been described as "first of its kind" for the education industry. Marinova, who was previously senior director of AI Solutions for Intel's Artificial Intelligence Products Group, will act as a spokesperson for the role of AI in education while spearheading "the digital and AI transformation of Pearson". At Intel, Marinova led the development for commercial applications of AI across various industries, including Internet of Things, robotics and AR/VR, and advised Intel Capital on investments in these areas. She also previously held executive roles at Idealab, a startup incubator, and Hyundai Capital America.

This article was co-written by Chris Davis and Brandon Metzger. From detailed homework review to back office automation, progress in artificial intelligence will continue to explode in the year ahead. In 2018, Metis Strategy interviewed nearly 40 CIOs, CDOs and CTOs of companies with over $1 billion in revenue as part of our Technovation podcast and column. When asked to identify the emerging technologies that are of growing interest or are making their way onto their 2019 roadmap, 75 percent of the technology leaders highlighted artificial intelligence, while 40 percent said blockchain and 13 percent cited the Internet of Things. AI, an umbrella term for technologies that enable machines to accomplish tasks that previously required human intelligence, could rapidly upend the competitive landscape across industries. 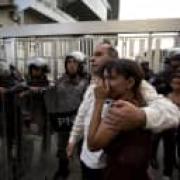 SOFIA – Corruption-plagued EU member Bulgaria was under pressure Monday to find the killer of a television journalist whose brutal murder at the weekend has shocked the country and sparked international condemnation. The body of 30-year-old Viktoria Marinova -- who presented a current affairs talk programme called "Detector" for the small private TVN television in the northern town of Ruse -- was found on Saturday. "All leads are being looked at" in the investigation including possible links to Marinova's professional activity, chief prosecutor Sotir Tsatsarov said Monday. Authorities earlier revealed that Marinova had been killed by blows to the head and from suffocation, and had also been raped. In no way, under any form, never have we received any threats -- aimed at her or the television," a journalist from Marinova's own TVN told AFP on condition of anonymity Sunday, adding that he and his colleagues feared for their safety.