Turkey's state-run news agency says Turkish fighter jets have killed 10 Kurdish rebels during bombing runs in the country's southeast. Citing a military source, the Anadolu Agency said Wednesday that the Monday air raids targeted the mainly Kurdish province of Hakkari, which borders with Iraq. The Turkish military is engaged in renewed conflict with rebels linked to the Kurdistan Workers' Party, or PKK. Ankara and its Western allies consider the PKK a terrorist organization. A tenuous cease-fire between the two camps ended last summer.

The Latest: Russian FM: 5 Russians killed in US Syria strike

The Russian Foreign Ministry says five Russians have been killed in a U.S. strike in Syria, the first official recognition of Russian deaths in the incident that has threatened to further strain Russia-U.S. ties. The ministry spokeswoman, Maria Zakharova, told Thursday's briefing that five Russian citizens were killed in the U.S. strike in the eastern Deir el-Zour province, adding they were not military personnel. The Feb. 7 clash marked the first time Russian combatants in Syria died in a U.S. strike -- the long-feared clash Moscow and Washington long has sought to avoid. Until Thursday, both Russian and U.S. officials said they had no information on Russian losses in the clash, which came when pro-government forces attacked positions of the U.S.-backed Syrian Kurdish fighters and faced a ferocious U.S. counterattack Turkey's defense minister says he has asked his American counterpart that the United States end its support for Syrian Kurdish fighters and remove them from a U.S.-backed Syrian Democratic Forces, or SDF, that if fighting the Islamic State group in Syria. Nurettin Canikli also says in comments televised live from Brussels on Thursday that he told U.S. Secretary of Defense Jim Mattis, that U.S. support for the Syrian Kurdish militia, known as YPG, has helped Kurdish rebels in Turkey "to grow and strengthen," posing an increasingly "existential" threat to Turkey.

BRUSSELS – U.S. Defense Secretary Jim Mattis said Thursday the United States and Turkey are having an open dialogue about their growing differences over the fight in Syria, and are "finding common ground."

BEIRUT – Backed by Turkish tanks and reports of airstrikes, Turkey-allied Syrian rebels clashed with Kurdish-led forces in northeastern Syria in a new escalation that further complicates the already protracted Syrian conflict. Turkey's military didn't specify what the airstrikes hit, saying only that "terror groups" were targeted south of the village of Jarablus, where the clashes later ensued. A Kurdish-affiliated group said their forces were the target and called the attack an "unprecedented and dangerous escalation." If confirmed, it would be the first Turkish airstrikes against Kurdish allied forces on Syrian soil. Late Saturday night, Turkey's official news agency reported that one Turkish solider had been killed and three wounded by what it said was a Kurdish rocket attack in Jarablus, near where the fighting has raged. 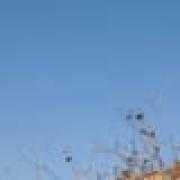 Turkey's president says the Turkish security forces have killed or captured more than 5,300 Kurdish rebels since hostilities resumed in July. President Recep Tayyip Erdogan also said Monday a total of 355 security force members have been killed in the conflict during that period -- 215 soldiers, 133 police officers and seven government-paid village guards. The conflict flared in the summer after a fragile peace process that began in 2012 broke down. Since then, government forces have launched large-scale offensives against Kurdish militants in several urban districts in the mainly-Kurdish southeast region while Turkish jets have carried out cross-border airstrikes on suspected PKK Kurdish rebel hideouts in northern Iraq. The PKK, which is fighting for Kurdish autonomy, is considered a terrorist organization by Turkey and its allies.