LAX breaks ground on a $1.6-billion midfield terminal that will add 12 gates for aircraft

Marking another milestone in the massive renovation of Los Angeles International Airport, city officials broke ground Monday on a $1.6-billion midfield passenger terminal that will have a dozen gates for aircraft. The project, which is scheduled to be finished in late 2019, will help accommodate growth at LAX and reduce the use of the airport's outdoor gates, where passengers exit planes onto the tarmac and take buses to the Tom Bradley International Terminal. "This is a transformative project," Los Angeles Mayor Eric Garcetti told scores of city officials, local dignitaries and airport contractors who attended the groundbreaking. Phase 1 of the so-called Midfield Satellite Concourse will be built immediately west of the Bradley terminal, which underwent a $2.1-billion remodel and expansion that was completed in 2015. In addition to the new gates, the five-story concourse includes a 750,000-square-foot terminal filled with lounges, retail and dining concessions as well as a state-of-the-art baggage system.

LAX had a nightmarish holiday season of delays and gridlock. It's likely a preview of the airport's growing pains

It was Christmastime at Los Angeles International Airport. Security lines were long, passengers crowded the terminals and restaurants ran short of food. Airlines delayed and canceled several hundred departures and arrivals because of bad weather. At the gates, travelers booed and cheered announcements about flight schedules, depending on the news. Some people slept on the floor. 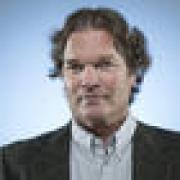 The six-day effort involves moving Delta Air Lines from Terminals 5 and 6 to Terminals 2 and 3 and shifting 14 other carriers into the facilities vacated by Delta. The largest terminal move in LAX history will let the Atlanta-based airline expand its operations by adding seven passenger gates and allowing better access to Tom Bradley International Terminal for itself and its partners: Aeromexico, Virgin Atlantic and WestJet. Delta will pick up the $60-million tab for all of the relocations. As of 9 p.m., Delta and seven other airlines in Terminals 2 and 3 were checking in their last passengers for the evening, clearing the way for the move to their new locations. Delta had already moved dozens of wheelchairs and ticketing computers into Terminals 2 and 3. Several other airlines, including Hawaiian and JetBlue, had also moved their ticketing equipment to their new locations.

If Los Angeles International Airport already feels like a confusing mess to navigate, you may want to stay clear in mid-May. That is when Delta Air Lines will move its operations from Terminals 5 and 6 to Terminals 2 and 3, forcing about 20 other carriers to relocate during what is expected to be a hectic five-day period. Delta officials are describing the move, which starts May 12 and is expected to wrap up on May 17, as the biggest relocation operation in airport history. They say they are trying to minimize disruptions by getting the word out to travelers and transportation companies, beefing up staffing to direct lost passengers and conducting extensive planning for the massive logistical operation. "It is a big thing," said Ranjan Goswami, Delta's vice president of sales, western division.