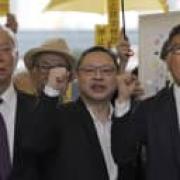 BEIJING – Taiwan's president expressed her support for the prestigious Golden Horse film awards after a pro-Taiwan independence director's speech ignited controversy in mainland China. "We have never accepted the term'Chinese Taiwan,' " Tsai Ing-wen said in a Facebook post Sunday. Director Fu Yue said during her acceptance speech Saturday in Taipei that her biggest hope was for "our country" to be regarded as an "independent entity." Her film "Our Youth in Taiwan" won best documentary at the awards, which are akin to a Chinese-language Oscars. Taiwan split from mainland China amid civil war in 1949, but Beijing considers the self-ruled island part of its territory.

One of China's most acclaimed directors, a rising star with a tragic story and a documentary charting mass protests have all won top prizes at this year's Golden Horse awards. The 55th annual awards - dubbed the "Chinese Oscars" - were held in the Taiwanese capital Taipei on Saturday. Zhang Yimou's Shadow took home the most awards, including Best Director for the 68-year-old screen veteran. Best Film went to novelist-turned-director Hu Bo for his first feature. An Elephant Sitting Still was an adaptation of his own novel, which told the story of four people who run away from their troubles to search for a mythical elephant.

Pro-China groups step up offensive to win over Taiwan 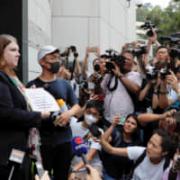 TAIPEI/HONG, KONG - When Taiwanese businessman Jhang Yun-nan wanted to find buyers for his company's new cleaning products in China, he turned to an unconventional channel: a Taiwanese party that advocates the unification of China with the self-ruled democratic island. A senior member of the Chinese Unification Promotion Party said the group would "have a word" with officials from Guangdong's Administration for Market Regulation to help Jhang's China-based Yi Yuan Ji Biotechnology Co. -- on one condition. The member, Lin Guo-cing, told Jhang in the presence of Reuters that a "correct ideology" is needed to do business in China, touting access to dozens of Chinese officials in Guangdong. "I support peaceful unification across the strait," Lin told Reuters, echoing the view that CUPP expects Taiwan to embrace. China views Taiwan as a wayward province to be brought under Beijing's control, by force if necessary.

SHANGHAI/TAIPEI – A startup incubator on the outskirts of Shanghai is laying out sweeteners for budding entrepreneurs: Free office space, subsidized housing rent, tax breaks and in some cases, cash of up to 200,000 yuan ($31,000).

Taiwan to hold mass independence rally in challenge to Beijing

Taiwan independence campaigners will take to the streets this week for what they hope will be a major rally in a rebuke to Beijing and a challenge to the island's already embattled government. The protest in central Taipei on Saturday comes as China increasingly pushes its claims to the self-ruling democratic island and President Tsai Ing-wen struggles to appease Beijing and independence factions. Organised by new group Formosa Alliance, which is backed by two pro-independence former Taiwan presidents, Lee Teng-hui and Chen Shui-bian, the rally will call for a public vote on whether the island should formally declare independence from China. It is the first potentially large-scale protest calling for an outright independence vote since Taiwan first became a democracy more than 20 years ago. Organisers say they aim to draw 100,000 people.