When an app becomes the star of a primetime TV show

Actor Jeremy Piven talks about his new show on CBS and the real star of the primetime crime drama: a fictional computer app named'Sophe.' Actor Jeremy Piven is the star of'Wisdom of the Crowd,' which features a computer app called'Sophe' helping him solve crimes. "I'm not an entertainment reporter," I warn actor Jeremy Piven when we meet across the bar inside San Francisco's swanky faux-speakeasy Bourbon and Branch on a sunny afternoon in late September. "This is a story about tech." "Well, that's a relief," the 52-year old actor quips back with an'I'm game' half-grin and smiling eyes, "I've spent my whole life dedicated to my craft, but sure, let's talk about technology instead."

The tech behind 'Wisdom of the Crowd'

Generations of family and friends give thanks to South L.A. woman known for her generosity 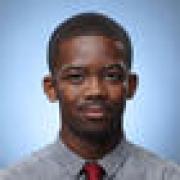 Ola Pearl Tanner grabbed a Tupperware container filled with chopped red, green and yellow bell peppers and tossed them in the pot of turkey necks.

It sounds like a familiar face could be returning to the Tanner home in season two of "Fuller House." Candace Cameron Bure and Jodie Sweetin spoke with ET's Katie Krause on the red carpet at 102.7 KIIS FM's Wango Tango concert at the StubHub Center in Carson, California on Saturday, where they hinted at some possible old school cameos that fans might be able to expect in the Netflix comedy's second season, which just began production. WATCH: Jodie Sweetin Spills'DWTS' Finale Plans, Reveals Which Remaining Contestant Gets Her Vote According to Sweetin, there will be some exciting developments in the love life of her character, Stephanie Tanner. "Stephanie finally gets a boyfriend," Sweetin cautiously teased. "Who it is, is a really fun surprise.