Our neurons are firing all the time, receiving signals from other neurons and sending signals of their own. To get a better understanding of how the brain works, scientists often listen in to those signals to see what kind of messages certain neurons send and how often they send them. Doing that often requires researchers to implant an electrode into the brain, which when it's close enough to a neuron, can pick up on the electrical signals that propagate through the neuron. They either have to be rigid enough to penetrate the brain and remain straight or be inserted through needles that can keep them straight until they're safely in place. The problem is those rigid structures cause damage as they move through the brain and minimizing that damage is a goal that scientists are constantly working towards.

Unlike other research that focused on reading signals from the brains of paralyzed people or animals and translating them into the movements of an electronic arm or a cursor on a screen, Courtine's team used an electrode implanted in the monkey's brain to read the animal's intention to move its legs, then wirelessly transmitted that signal to other electrodes implanted along the animal's spine, past its injury. Those electrodes then fired in a pattern similar to the natural nerve signals that would come down the spine of a healthy animal.

After weeks of anticipation, details on Elon Musk's brain-computer interface company Neuralink have finally been revealed. In a detailed report on the website Wait But Why, Tim Urban recounts insights gleaned from his weeks meeting with Musk and his Neuralink team at their San Francisco headquarters. He offers an incredibly detailed and informative overview of both Musk's latest venture and its place in humanity's evolution, but for those of you interested in just the big picture, here's what you really need to know about Neuralink. Right now, you have two primary "layers" to your brain: the limbic system, which controls things like your emotions, long-term memory, and behavior; and the cortex, which handles your complex thoughts, reasoning, and long-term planning. Musk wants his brain interface to be a third layer that will complement the other two. 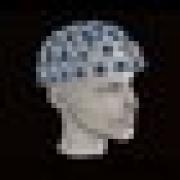 The brainwave monitoring technology, also known as a brain-computer interface (BCI), previously reserved for research labs and hospital emergency rooms is on the brink of becoming as ubiquitous as bicycle helmets -- bolstering the maker movement devoted to brain-controlled gadgets. Brooklyn-based OpenBCI, which ran a successful Kickstarter last year to fund their electroencephalogram (EEG) headsets, is now offering pre-orders for their latest version, the UltraCortex Mark IV ($299 to $599), which has 61 electrode holders, reports PopSci. The equipment is research grade, which means it's sensitive enough to pick up brainwave activity in the motor and visual cortex, has a high data-sampling rate, and has electrodes that adhere to the 10-20 system, which is an internationally recognized pattern for electrode placement. Why would anyone want their own EEG headset, you ask? For starters, although tons of research is devoted to studying the brain -- including projects recently funded under Obama's Brain Initiative -- very little is known about how the organ works.