By endorsing the bond, voters have given their government the ability to borrow the money on the municipal bond market, leveraging a new property tax to pay for storm drain upgrades, economic development grants and other government initiatives.

Check out what's clicking on Foxnews.com David Beckham's new soccer team finally got to play soccer. After more than six years of planning -- and a process that was at times brutally difficult -- Inter Miami took the field for the first time Monday. The expansion MLS club's inaugural training camp opened at Barry University, with about two dozen players on the field. "It's real," said Paul McDonough, Inter Miami's sporting director.

Miami is re-naming a street in honor of 'Moonlight' 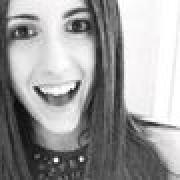 Miami is making its connection to Moonlight a bit more official. After the movie won over the hearts of critics en route to an Oscar for Best Picture, the city in which the film is based is re-naming a street in its honor. The Miami New Times reported on Tuesday that the Florida city would be naming a stretch of Miami-Dade County's Liberty City after the 2016 film, which follows the life of a young, gay, black man growing up in the area. SEE ALSO: Perfect 6-for-6 sweep: 'Moonlight' walks through the Indie Spirits Moonlight had a historic night at the Oscars this year -- including a memorable, slightly ridiculous Best Picture victory over La La Land. And as the Miami New Times recapped, after winning Best Adapted Screenplay, the film's co-writer, Tarell Alvin McCraney, gave a special shoutout to his hometown.

U.S. Attorney General Jeff Sessions, left, shakes hands with Tom Homan, acting Director of U.S. Immigration and Customs Enforcement, before speaking at a news conference, Wednesday, Aug. 16, 2017, at PortMiami in Miami. As The White House wages a fight with cities and states over how far they can cooperate with federal immigration authorities, Sessions visited Miami to hail it as an example of a place that reversed its sanctuary policies to follow President Donald Trump's orders.

Australia's Nick Kyrgios beat Canadian Milos Raonic at the Miami Open to reach his first Masters semi-final and break into the world's top 20. Kyrgios beat the 12th seed 6-4 7-6 (7-4) to set up a semi-final against Japan's Kei Nishikori. The result means Kyrgios, who turns 21 on 27 April, will become the youngest man in the top 20 for seven years. In the women's draw, Russian Svetlana Kuznetsova and Belarusian Victoria Azarenka won their semi-finals. Raonic had not dropped serve all week in Miami, but Kyrgios broke the Canadian in the very first game - the only break of the contest.