Global e-commerce behemoth Amazon announced Thursday it would automatically redirect its users in Australia to the local version of its website (amazon.com.au), Previously, its users in Australia could, and did, order and purchase products from other Amazon sites too, such as the U.S. (amazon.com) The move would come into effect July 1, the same day Australia's new goods and services tax would come into force. The new tax regime would impose a 10 percent tax on all shipments from outside the country, and it would have been Amazon's responsibility to collect that tax. Currently, this tax is applicable only on overseas purchases that are over 1,000 Australian dollars ($755) in value, but the new GST rules would apply it to all such overseas transactions.

Australians will now be able to shop from an increased selection of Amazon's global website in addition to the local online store. The giant online retailer gave in to pressure from local shoppers and the government, and will open up access to half a billion products from its global store today. "As a result of customer feedback, from November 22, Amazon customers will be able to ship eligible items from amazon.com to Australian delivery addresses," a company spokesperson said in a statement. It follows GST changes introduced by the government on July 1 that levy a 10 percent tax on all low-value overseas purchases and businesses with a turnover of more than AU$75,000 from sales within Australia. Amazon brought in the block on shipping to Australians from its global store in July.

Amazon has reopened its global website to Australian consumers, with the backflip coming just in time for Black Friday sales. The giant online retailer closed the global store to Australians in July after the federal government introduced changes to the GST – known colloquially as the "Amazon tax". It placed the 10% tax on all low-value overseas purchases and businesses with a turnover of more than $75,000. On Wednesday night, Amazon bowed to pressure from local shoppers and Scott Morrison, who had slammed the retailer for deciding to "take their bat and ball and go home" while he was treasurer. "As a result of customer feedback, from November 22 Amazon customers will be able to ship eligible items from amazon.com to Australian delivery addresses," an Amazon spokesman said. 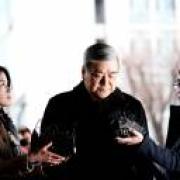 SYDNEY – U.S. internet giant Amazon will block Australian shoppers from its international websites to counter new tax laws on online purchases, it announced Thursday. New rules require internet retailers like the American behemoth to collect a 10 percent goods and services tax on everything bought from overseas sites from July 1, including under the current tax-free threshold of 1,000 Australian dollars ($760). As a result, Amazon said Australian shoppers wanting to use its global platforms will instead be directed to its smaller Australian site, which offers much less for sale. Amazon reportedly balked at the massive administrative burden of tracking GST from all overseas transactions. "While we regret any inconvenience this may cause customers, we have had to assess the workability of the legislation as a global business with multiple international sites," it said in a statement.

Scott Morrison has sent a public message to the online retail behemoth Amazon that it will not get a special deal in Australia, after the company said local consumers would be blocked from purchasing through its global websites. Amazon announced this week it would not ship overseas goods to Australian customers after new GST rules that target international retailers come into effect in July, restricting Australian purchases to their local operation, which launched last December. Amazon's local outlet has underperformed since its launch. Initial prices were criticised for being far too high compared with local competitors and with the company's international sites. The treasurer told reporters in Sydney on Friday he found it hard to believe Amazon was incapable of working out a technological solution "when it comes to the simple application of a sales tax on their products sold in Australia".