The Academy Will Present Four Oscars During Commercials This Year

This year's Academy Awards for cinematography, film editing, live-action short, and makeup and hairstyling will be presented during commercial breaks, Academy president John Bailey wrote in a letter to the membership on Monday, Variety reports. Although the awards presentations will not be aired live on the Oscar telecast, they will be available in a live stream on Oscar.com. The winner's walk to the stage will be cut from the award presentation, and then their acceptance speeches will air as part of the telecast later in the night. In other words, the plan for these less-important awards is to have a cinematographer on hand to shoot raw footage, which will then be handed off to an editor to cut into a live action short for broadcast, so we can all gawk at the winners' makeup and hairstyling. The move is not a complete surprise: the Academy's Board of Governors announced in August that they were revamping the ceremony completely to keep it under three hours, and that delayed broadcast of some awards categories was a probability. 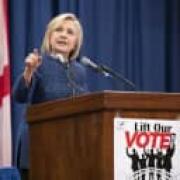 COPENHAGEN - The foundation behind the Nobel Prize in literature said Tuesday the winners of the 2019 and the delayed 2018 editions of the prestigious award will both be announced in October by the Swedish Academy, saying that the scandal-rocked body has revamped itself and restored trust. The Nobel Foundation had warned that another group could be picked to award the prize if the academy did not improve its tarnished image. The foundation said it "believes that the steps that the Swedish Academy has taken and intends to take will create good opportunities for restoring trust in the Academy as a prize-awarding institution," according to a statement. It said "several important changes" have been made, including the change in bylaws making it possible for members to resign, the election of new members, and "the Academy also no longer includes any members who are subject to conflict of interest or criminal investigations." The foundation said "it will take time to fully restore confidence," adding "the prerequisites for this are now good."

The man at the centre of a sexual abuse scandal at the Swedish Academy - the body that awards the Nobel Prize in Literature - has been accused of groping the heir to the Swedish throne. French photographer Jean-Claude Arnault denies groping Crown Princess Victoria at an Academy event in 2006. It follows a report in the Svenska Dagbladet newspaper that quoted three people who said they saw the incident. One witness said an aide had forcibly removed Mr Arnault's hand. "Her female aide, it was really something to see, threw herself forward and pushed him away," Ebba Witt-Brattström told the Expressen newspaper.

Stephanie Edwards to be honored by TV Academy with Governors Award

Stephanie Edwards, best known for her decades-long co-hosting stint on KTLA-TV's broadcast of the Tournament of Roses Parade, is being honored by the TV Academy with the Los Angeles Area Governors Award. The announcement was made Thursday as Edwards was appearing during a live broadcast of "The KTLA Morning News." "Stephanie is a gem," said station President Don Corsini. "She is beloved for her sharp wit, charm and genuine professionalism We believe she epitomizes the criteria for the Governors Award, not only for her prolific body of work but, as the academy rightly calls it -- her positive impact on Los Angeles." Edwards is being honored for outstanding achievement in television over a period of years.

The 90th Academy Awards are just around the corner, which means it's time to brush up on what it truly takes for a movie to receive recognition on the biggest night in film.