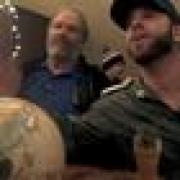 The parties negotiating North Korea's role in the Winter Olympics secured a promising but vague deal last week, and agreed to settle the details before the Games begin next month.

South Korea approved a measure Wednesday that would foot the bills for North Korea's participation in the Winter Olympics.

SEOUL, South Korea – The rival Koreas on Wednesday began two days of friendly basketball games in Pyongyang in their latest goodwill gesture amid a diplomatic push to resolve the nuclear standoff with North Korea. Female players from North and South Korea were mixed into two teams that competed against each other at Pyongyang's Ryugyong Jong Ju Yong Gymnasium. The men's mixed teams play later in the day. The South Koreans will play against the North Korean men's and women's teams on Thursday before returning home on Friday. The games will precede a planned three-day visit to North Korea by U.S. Secretary of State Mike Pompeo for meetings over the future of the North's nuclear program.

Seoul - South Korea's government expressed cautious optimism in making progress with inter-Korean relations in the wake of a landmark visit of North Korean officials at the Winter Olympics.

North and South Korea to open talks on Olympics, other topics 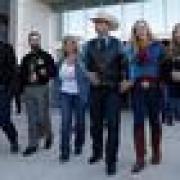 The first formal diplomatic talks between North and South Korea in more than two years are scheduled to begin Tuesday morning as the countries seek a participation agreement ahead of the Winter Olympics next month.