JavaScript Conquered the Web. Now It's Taking Over the Desktop 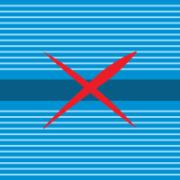 JavaScript was originally created in 1995 to give web pages a little more pep than the blink tag could provide. Today it has far more powerful uses. Companies like Google and Facebook build complex, desktop-like web applications with JavaScript; since the launch of Node.js in 2009, it's also become one of the most popular languages for building server-side software. Today, even the web isn't big enough to contain JavaScript's versatility: it's now making its way into applications for the desktop. Electron is a software development platform created by Github that lets developers use JavaScript along with other web technologies like HTML and CSS to create desktop applications that can run on Windows, Macintosh OS X, and Linux.

Cross-Platform Desktop Applications guides you step by step through the development of desktop applications using Electron and NW.js. This example-filled guide shows you how to create your own file explorer, and then steps through some of the APIs provided by the frameworks to work with the camera, access the clipboard, make a game with keyboard controls, and build a Twitter desktop notification tool. You'll then learn how to test your applications, and debug and package them as binaries for various OSs.

Why You Should Learn JavaScript Programming?

JavaScript has a lot of haters out there. It has received a lot of criticism on grounds of its Document Object Model (DOM), its lack of modules, its way of handling methods on objects as many others. Despite all the hate, JavaScript is one of the powerful and flexible programming languages out there. You can do almost everything with JavaScript. Don't get me wrong; not everything, but almost everything.

Sam is an open-source, web-based "intelligent" assistant. It can listen to you, learn new actions and is extensible with JavaScript plugins. Sam runs a NodeJS server and in any modern browser or as an Electron desktop application.

How JavaScript Grew Up and Became a Real Language

If you predicted in 1999 that, 20 years later, JavaScript would become one of the world's most popular languages, you were either enjoying a psychic vision or you were slightly insane. Not only was turn-of-the-century JavaScript unable to do what a professional language could do, it wasn't even designed to be a serious coding tool. After all, developers who needed to create web applications already had a mature tool they preferred to use. That was Java, by way of the applet embedding system. But in 1995, the pioneering web browser company Netscape realized they needed a simpler option for everyone else.