Neal Crabtree, formerly a welding foreman on the Keystone XL, was'very disappointed' in the new climate policies announced by the Biden administration Wednesday. President Joe Biden signed three executive orders on climate change Wednesday, vowing to put the issue "at the center" of U.S. national security and domestic and foreign policy. The executive action follows his decision to shut down construction of the Keystone XL pipeline, which was expected to sustain about 11,000 U.S. jobs in 2021 and generate $1.6 billion in gross wages. Prior to signing the orders, Biden kicked-off his press briefing by saying "Today is climate day at the White House, which means that today is jobs day at the White House." Neal Crabtree, 46, was among the first of the U.S. workers impacted by the new administration's aggressive approach to fighting climate change.

Middlesbrough is the best city in the UK to get mobile 4G coverage while Bournemouth is the worst, says a report. Consumer group Which? and analyst OpenSignal measured data from mobile phones across 20 cities in the UK. They say "critical" reforms are needed to provide a better service for customers. Ofcom said its rules meant "virtually all" UK premises would have to receive a 4G signal by the end of the year. The OpenSignal study analysed more than 500m data readings from mobile phones taken from more than 30,000 users between December 1 2016 and February 28 via an app.

What are the key trends you see going into 2017? Please answer each question with just 1-3 sentences. 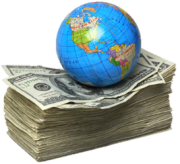 Tips On How To Achieve Success In Mobile Marketing

Mobile marketing is currently a very popular form of advertising to masses of people. Read the following information for some great ideas to find tips and tricks to make mobile marketing can help you with your business. Mobile content should be clear and to the point for the success of your campaign. Make sure your message is concise and to the point. It can be a challenge to create an effective mobile site that is easy to use and good to look at.