The biodiesel industry is looking at a somewhat bifurcated future. Ambiguity reigns as a new presidential administration comes into power but at the same time, the California market for the fuel derived from a diversity of products including soybeans, canola oil and animal fats appears to be in a solid growth mode. "We have learned to thrive on uncertainty," said Jennifer Case, president of New Leaf Biofuel, based in Barrio Logan. "We are a scrappy industry." Case is one of about 800 attendees at the industry's biggest annual get-together, the National Biodeisel Conference and Expo, running through Thursday at the San Diego Convention Center.

When Energy Secretary Rick Perry ordered a 60-day review of the "long-term reliability of the electric grid" on April 15, he might as well have cited California's energy policies as the target of his inquiry. California, after all, is the nation's leading supporter of renewable energy, which fossil fuel advocates maintain is destabilizing the grid. Regulations and incentives that favor solar and wind power, Perry's memo said, have "caused the erosion of critical baseload resources ... destroyed jobs and economic growth, and … threaten to undercut the performance of the grid well into the future." In other words, Perry has already decided what the study should find: Its purpose is to buttress the Trump administration's pro-fossil fuel policies. Those policies run directly counter to California's objectives. 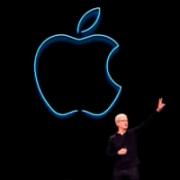 LACONA, IOWA – When President Donald Trump levied tariffs on China that scrambled global markets, farmer Randy Miller was willing to absorb the financial hit. Even as the soybeans in his fields about an hour south of Des Moines became less valuable, Miller saw long-term promise in Trump's efforts to rebalance America's trade relationship with Beijing. "The farmer plays the long game," said Miller, who grows soybeans and corn and raises pigs in Lacona. "I look at my job through my son, my grandkids. So am I willing to suffer today to get this done to where I think it will be better for them? But the patience of Miller and many other Midwest farmers with a president they mostly supported in 2016 is being put sorely to the test. The trigger wasn't Trump's China tariffs, but waivers the administration granted this month to 31 oil refineries so they don't have to blend ethanol into their gasoline. Since roughly 40 percent of the U.S. corn crop is turned into ethanol, it was a fresh blow to corn producers already struggling with five years of low commodity prices and the threat of mediocre harvests this fall after some of the worst weather in years. "That flashpoint was reached and the frustration boiled over, and this was the straw that broke the camel's back," says Lynn Chrisp, who grows corn and soybeans near Hastings, Nebraska, and is president of the National Corn Growers Association. "I've never seen farmers so tired, so frustrated, and they're to the point of anger," says Kelly Nieuwenhuis, a farmer from Primghar in northwest Iowa who said the waivers were a hot topic at a recent meeting of the Iowa Corn Growers Association. Nieuwenhuis said he voted for Trump in 2016, but now he's not sure who he'll support in 2020. While Iowa farmer Miller saw Trump's brinkmanship with China as a necessary gamble to help American workers, the ethanol waivers smacked to him of favoritism for a wealthy and powerful industry -- Big Oil. "That's our own country stabbing us in the back," Miller said. "That's the president going, the oil companies need to make more than the American farmer. 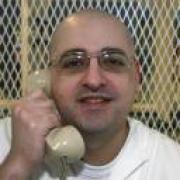 DES MOINES, IOWA – Sen. Charles Grassley of Iowa, a leading supporter of corn-based ethanol, says he'll call for Environmental Protection Agency Administrator Scott Pruitt's resignation if Pruitt doesn't work to fulfill federal ethanol mandates. Grassley is showing frustration with Pruitt's lack of action to uphold the Renewable Fuel Standards law. On a conference call with agriculture reporters Tuesday Grassley said Pruitt had better follow through with ethanol mandates or "I'm going to be calling for Pruitt to resign because I'm done playing around with this." Grassley says President Donald Trump has committed to upholding 15 billion gallons of ethanol to be mixed into the nation's fuel supply but Pruitt has been allowing refineries to evade some of that commitment by issuing waivers. Grassley says that has reduced ethanol content to 13.8 billion gallons.

The U.S. has broken its own energy record: 10 percent of all electricity generated in the country in March came from wind and solar power, according to a recent report from the U.S. Energy Information Administration. The number is up from last year, in which wind and solar power generated an annual average of seven percent of the country's electricity, the report from Electric Power Monthly shows based upon March. Where and When Is Wind And Solar Power Generated? Wind patterns are different, depending on the location. States like Texas and Oklahoma and others in the region typically have the highest output in spring months.