DGA nominations: 'Lion' roars, Parker returns and, yes, 'Deadpool' is in the mix 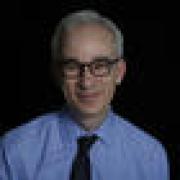 The Directors Guild of America announced its nominees Thursday, and, as expected, the filmmakers behind the trio of the season's most-acclaimed movies -- Damien Chazelle ("La La Land"), Barry Jenkins ("Moonlight") and Kenneth Lonergan ("Manchester by the Sea") -- were among the five cited. Joining them are Denis Villeneuve ("Arrival") and, surprisingly, first-time director Garth Davis ("Lion"). And "Birth of a Nation" director Nate Parker returned to the awards conversation, earning a nomination in the DGA's first-time feature film director category. Among the names the DGA left out: Mel Gibson ("Hacksaw Ridge"), Pablo Larrain ("Jackie"), Martin Scorsese ("Silence") and Denzel Washington ("Fences"). Davis' inclusion is great news for "Lion," the Weinstein Co.'s fact-based tear-jerker about an Indian man (Dev Patel) trying to find the family he lost as a boy.

Damien Chazelle's melancholy musical "La La Land" was the big winner at the Toronto International Film Festival on Sunday, picking up the gathering's coveted People's Choice Award. Chazelle's homage to midcentury American and French musicals -- with the help of Ryan Gosling, Emma Stone and other very 21st century stars -- received one of the strongest responses in recent TIFF memory when it premiered at the festival Monday night. The Los Angeles-set movie follows a young couple, a would-be musician and actress played respectively by Gosling and Stone, as they fall in and out of love. The film intersperses song-and-dance numbers with chunks of seriocomic dialogue about the couple's various struggles, all against a backdrop of glittering L.A. sights. "I wanted this film to speak to the way even far-fetched dreams can guide us," Chazelle said via a statement after the prize was announced.

A movie awards season that's shaping up to be about diversity will get a fitting kickoff at this year's Toronto International Film Festival. The early Oscar bellwether will feature a number of stories by and about underrepresented voices. Most notably that means women, with seven of its 19 galas directed by female filmmakers, a festival record. Beginning Sept. 8, TIFF will also feature films by and about people of color, according to organizers, who announced the first round of films Tuesday. This includes the world premieres of "The Magnificent Seven," Antoine's Fuqua's remake of the John Sturges classic that now stars Denzel Washington and Ethan Hawke (and opens the festival); Mira Nair's Ugandan chess tale "Queen of Katwe" starring Lupita Nyong'o and David Oyelowo; George Nolfi's "Birth of the Dragon," about the origins of Bruce Lee, and "Barry," Vikram Gandhi's look at the formative Columbia University years of President Obama.

Now that DiCaprio has one, it's Amy Adams' turn to win an Oscar, right?

This time last year, we were still a couple of months away from watching Leonardo DiCaprio battle, bludgeon or, if you're Matt Drudge, mate with that angry mama bear in "The Revenant." And yet, most awards pundits already had DiCaprio winning the lead actor Oscar, by the sheer pedigree of the movie's Oscar-winning director, Alejandro G. Iñárritu, as well as the demanding nature of the frontiersman character he was playing. Just as important, DiCaprio, a four-time nominee, was seen as being due his moment on the podium. And, with the Oscars, timing is often just as important as the work itself. Which brings us to another accomplished actor, one who has earned five Oscar nominations over the course of her distinguished career: Amy Adams.

The Toronto International Film Festival kicked off on Thursday but, to be honest, it feels like Venice and Telluride have already let some of the air out of its tires. Must-see movies such as La La Land, Moonlight, Bleed for This, Arrival, The Bad Batch, The Bleeder and Nocturnal Animals have already garnered headlines elsewhere, as have earlier festival films like the Cannes trio American Honey, Loving and Elle, Sundance duo Manchester by the Sea and The Birth of a Nation, and even Snowden and Blair Witch at Comic-Con. Speaking of the latter title, if anything provides a jolt of energy to this year's festival, it may be Colin Geddes' lauded Midnight Madness program. I am, and forever will be, a proud genre guy, and this year's Midnight lineup is especially promising. I'll put it this way: Nocturnal Animals is one of my most anticipated films of the year, as I loved Tom Ford's A Single Man and will watch any movie starring Jake Gyllenhaal.