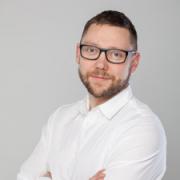 Accurately counting objects instances in a given image or video frame is a hard problem to solve in machine learning. A number of solutions have been developed to count people, cars and other objects and none of them is perfect. Of course, we are talking about image processing here, so a neural network seems to be a good tool for the job. Below you can find a description of different approaches, common problems, challenges and latest solutions in the Neural Networks object counting field. As a proof of concept, existing model for Faster R-CNN network will be used to count objects on the street with video examples given at the end of the post. 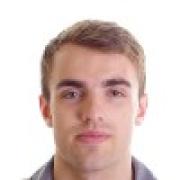 Throughout this article, I will discuss some of the more complex aspects of convolutional neural networks and how they related to specific tasks such as object detection and facial recognition. This article is a natural extension to my article titled: Simple Introductions to Neural Networks. I recommend looking at this before tackling the rest of this article if you are not well-versed in the idea and function of convolutional neural networks. Due to the excessive length of the original article, I have decided to leave out several topics related to object detection and facial recognition systems, as well as some of the more esoteric network architectures and practices currently being trialed in the research literature. I will likely discuss these in a future article related more specifically to the application of deep learning for computer vision.

With the rise of self-driving vehicles comes the risk of accidents and the need for higher safety, and protection for pedestrian detection in the following scenarios: imminent crashes, thus the car should crash into an object and avoid the pedestrian, and in the case of road intersections, where it is important for the car to stop when pedestrians are crossing. Currently, a special topology of deep neural networks called Fused Deep Neural Network (F-DNN) is considered to be the state of the art in pedestrian detection, as it has the lowest miss rate, yet it is very slow. Therefore, acceleration is needed to speed up the performance. This project proposes two contributions to address this problem, by using a deep neural network used for object detection, called Single Shot Multi-Box Detector (SSD). The first contribution is training and tuning the hyperparameters of SSD to improve pedestrian detection. The second contribution is a new FPGA design for accelerating the model on the Altera Arria 10 platform. The final system will be used in self-driving vehicles in real-time. Preliminary results of the improved SSD shows 3% higher miss-rate than F-DNN on Caltech pedestrian detection benchmark, but 4x performance improvement. The acceleration design is expected to achieve an additional performance improvement significantly outweighing the minimal difference in accuracy.