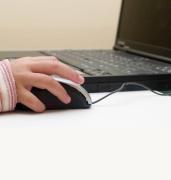 The number of online human rights abuse cases in Japan in 2016 grew 10.0 percent from the previous year to 1,909, hitting a record high for the fourth straight year, the Justice Ministry said Friday. The overall number of human rights violation cases for which actions were taken last year came to 19,443, down 7.4 percent. Of the online abuses, privacy violations such as the disclosure of personal information totaled 1,189 cases. There were 501 cases of defamation. A total of 1,789 cases of the online human rights abuses were resolved, including 326 cases in which the deletion of abusive language and information was requested.

GENEVA (Reuters) - The U.N. Human Rights Council must set up a commission of inquiry into Myanmar's human rights record, as it has done for North Korea and Eritrea, and not spare its leader because of her iconic status, a former U.S. human rights envoy said on Monday.

A prominent human rights group accused Israel on Wednesday of attempting to "shut down criticism" of its rights record after its local director was ordered to leave the country within 14 days. Israel's interior ministry opted not to sign off on a work permit renewal of Omar Shakir - Human Rights Watch's Israel and Palestine director - on May 7 over his alleged support for the Boycott Divestment and Sanctions (BDS) movement. Both HRW and Shakir deny having any part in the movement. Israel considers BDS - which demands an end to the occupation of Palestine, equal rights for Palestinian citizens of Israel, and the right of return for all Palestinian refugees to their homes - to be anti-Jewish. Iain Levine from Human Rights Watch said in a statement on Tuesday the move was an attempt to "muzzle" the non-governmental organisation.