What are deepfakes – and how can you spot them?

Have you seen Barack Obama call Donald Trump a "complete dipshit", or Mark Zuckerberg brag about having "total control of billions of people's stolen data", or witnessed Jon Snow's moving apology for the dismal ending to Game of Thrones? Answer yes and you've seen a deepfake. The 21st century's answer to Photoshopping, deepfakes use a form of artificial intelligence called deep learning to make images of fake events, hence the name deepfake. Want to put new words in a politician's mouth, star in your favourite movie, or dance like a pro? Then it's time to make a deepfake.

A perfect storm arising from the world of pornography may threaten the U.S. elections in 2020 with disruptive political scandals having nothing to do with actual affairs. Instead, face-swapping "deepfake" technology that first became popular on porn websites could eventually generate convincing fake videos of politicians saying or doing things that never happened in real life--a scenario that could sow widespread chaos if such videos are not flagged and debunked in time. The thankless task of debunking fake images and videos online has generally fallen upon news reporters, fact-checking websites and some sharp-eyed good Samaritans. But the more recent rise of AI-driven deepfakes that can turn Hollywood celebrities and politicians into digital puppets may require additional fact-checking help from AI-driven detection technologies. An Amsterdam-based startup called Deeptrace Labs aims to become one of the go-to shops for such deepfake detection technologies.

A Deepfake Deep Dive into the Murky World of Digital Imitation

About a year ago, top deepfake artist Hao Li came to a disturbing realization: Deepfakes, i.e. the technique of human-image synthesis based on artificial intelligence (AI) to create fake content, is rapidly evolving. In fact, Li believes that in as soon as six months, deepfake videos will be completely undetectable. And that's spurring security and privacy concerns as the AI behind the technology becomes commercialized – and gets in the hands of malicious actors. Li, for his part, has seen the positives of the technology as a pioneering computer graphics and vision researcher, particularly for entertainment. He has worked his magic on various high-profile deepfake applications – from leading the charge in putting Paul Walker into Furious 7 after the actor died before the film finished production, to creating the facial-animation technology that Apple now uses in its Animoji feature in the iPhone X.

Deepfakes: The Dark Origins of Fake Videos and Their Potential to Wreak Havoc Online

Encountering altered videos and photoshopped images is almost a rite of passage on the internet. It's rare these days that you'd visit social media and not come across some form of edited content -- whether that be a simple selfie with a filter, a highly embellished meme or a video edited to add a soundtrack or enhance certain elements. But while some forms of media are obviously edited, other alterations may be harder to spot. You may have heard the term "deepfake" in recent years -- it first came about in 2017 to describe videos and images that implement deep learning algorithms to create videos and images that look real. For example, take the moon disaster speech given by former president Richard Nixon when the Apollo 11 team crashed into the lunar surface.

Will Deepfakes Do Deep Damage? 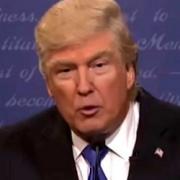