NASA has awarded a $187 million contract to Northrop Grumman to build a crew module that astronauts will stay in before landing on the Moon. Known as the habitation and logistics outpost (HALO), it will be the size of a small flat and form part of the Lunar Gateway, a small space station that will orbit the Moon. The Gateway is part of the Artemis mission - that will see the first woman and next man return to the Moon by 2024 and regular return trips over the next decade. HALO and the Gateway's Power and Propulsion Element (PPE), will launch in 2023, a year ahead of the first mission to land humans on the Moon since 1972. NASA says the Gateway will help them build a sustainable presence at the Moon as it expands its efforts to land astronauts on the surface and even build a base. 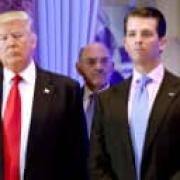 OTTAWA - Canada will join NASA's space mission to put an orbiter around the moon in a few years, Prime Minister Justin Trudeau announced Thursday. "Canada is going to the moon," Trudeau told a press conference that included a live video link from the International Space Station with Canadian astronaut David Saint-Jacques. NASA plans to build a small space station, dubbed Gateway, in the moon's orbit by 2026. It will serve as a way-station for trips to and from the lunar surface, but will not be permanently crewed like the International Space Station (ISS), currently in Earth's orbit. According to the Canadian Space Agency, Gateway will provide living space for astronauts, a docking station for visiting spacecraft and research laboratories.

Carbon emissions are being detected from the moon

Carbon emissions from the moon are making scientists question the theory that our dusty rock was formed in a collision between Earth and the'wandering planet' Theia. Readings from a Japanese spacecraft found traces of carbon and volatile water in lunar gases, which show the moon is emitting carbon ions from its surface. This amount of carbon should have been utterly vaporised by the intense temperatures generated in the colossal impact event. But the findings suggest carbon has been there ever since the moon's formation 4.5 billion years ago, meaning the'impact theory' may have to be reconsidered. The researchers' illustration shows that carbon emissions were distributed over almost all of the lunar surface.