The future depends on connectivity. From artificial intelligence and self-driving cars to telemedicine and mixed reality to as yet undreamt technologies, all the things we hope will make our lives easier, safer, and healthier will require high-speed, always-on internet connections. The FCC regulates who can use which ranges, or bands, of frequencies to prevent users from interfering with each other's signals. Low-Band Frequencies Bands below 1 GHz traditionally used by broadcast radio and television as well as mobile networks; they easily cover large distances and travel through walls, but those are now so crowded that carriers are turning to the higher range of the spectrum. Mid-Band Spectrum The range of the wireless spectrum from 1 GHz to 6 GHz, used by Bluetooth, Wi-Fi, mobile networks, and many other applications.

This Telecom Upstart's 5G Tech Gets a Boost From Facebook

AT&T and Verizon are slowly trickling out the next generation of wireless networks, known as 5G, in parts of a few cities. But even as the major carriers prepare larger 5G launches, San Francisco based startup Common Networks is hoping that it can compete with bigger telecom companies by combining 5G with technology open sourced by Facebook. Common Networks is using 5G to offer home, as opposed to mobile, broadband, essentially competing with internet providers such as AT&T and Comcast. In the city of Alameda, next to Oakland, it has been quietly using a core 5G technology, millimeter wave, to deliver speeds of 1 gigabit per second, equivalent to Google Fiber's signature home broadband service, for $50 a month. These sorts of wireless speeds aren't unheard of.

USA Telecom doesn't have enough airwaves for your selfies

Nowadays we can't live without wireless Internet. We use our mobile phones, tablets or laptops with integrated wireless cards to communicate with others and search information. We spend our days connected to the Internet through hundreds of apps, websites and services, thus using an incredible amount of data. Wireless data use has grown and is going to keep growing due to demand for mobile Internet connection. "In 2009, approximately 191 billion megabytes (Mb) traveled across U.S. wireless networks, or roughly 21.8 million Mb an hour.

Blazing 5G Wireless Is Coming! But Don't Buy a New Phone Yet 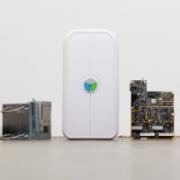 See ya, slow load times. The era of ultra-high speed wireless Internet is here! Or at least you could be forgiven for thinking so after the Federal Communications Commission likely votes today to open up a huge chunk of the wireless spectrum to take the country from the 4G era to the 5G future. It's going to take much more than a new phone to make 5G happen. With 5G, carriers will be able to keep up with the growing demand for mobile data fueled by the explosive growth of streaming video.

Deloitte Global predicts that 2019 will be the year in which fifth-generation (5G) wide-area wireless networks arrive in scale. There were 72 operators testing 5G in 2018,1 and by the end of 2019, we expect 25 operators to have launched 5G service in at least part of their territory (usually cities) with another 26 operators to launch in 2020, more than doubling the total. Further, we expect about 20 handset vendors to launch 5G-ready handsets in 2019 (with the first available in Q2), and about 1 million 5G handsets (out of a projected 1.5 billion smartphone handsets sold in 2019) to be shipped by year's end. One million 5G modems (also known as pucks or hotspots) will be sold, and around a million 5G fixed wireless access devices will be installed. At the end of 2020, we expect 5G handset sales (15–20 million units) to represent approximately 1 percent of all smartphone sales, with sales taking off in 2021, the first year in which retailers will sell more than 100 million 5G handsets.