The story should sound familiar: A rogue regime, condemned, isolated, and sanctioned by the international community for its human rights abuses, sees enemies amassing on its borders and questions the reliability of its longtime allies. The only way to protect itself from invasion and establish its legitimacy as a world power, it believes, is to develop a nuclear weapons program. In this case, though, the story has a happy ending. In 1989, South Africa became the first, and so far only, country to have developed its own nuclear weapons and then dismantled them. As the United States prepares for high-stakes nuclear negotiations with North Korea (in which the North Koreans have at least theoretically indicated their willingness to give up their weapons in exchange for security guarantees) the South African case can provide some lessons, though not necessarily encouraging ones. 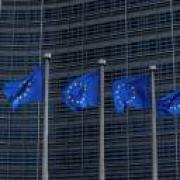 JERUSALEM – "Has" or "had"? Earlier this week the White House quietly walked back a charge that Iran maintains an active nuclear weapons program, saying it really meant that Iran had one before the 2015 nuclear agreement. A statement sent to reporters Monday by Press Secretary Sarah Huckabee Sanders said that a cache of Iranian documents released by Israel is "consistent with what the United States has long known: Iran has a robust, clandestine nuclear weapons program." But intelligence agencies in the U.S. and overseas have stated that the 2015 nuclear deal has frozen Iran's nuclear program. The version of Sanders' statement posted to the White House website was later modified to make clear that Iran "had" such a program.

The former Deputy National Security Adviser argues uncertainty about Iran's nuclear program could create a'nuclear arms race' in the Middle East. The Biden administration will "try to revitalize" the 2015 Iran nuclear deal, former Deputy National Security Adviser K.T. McFarland predicted Monday. "The Iran nuclear deal, which was the Obama administration's signature foreign policy achievement, really was kind of all smoke and mirrors," McFarland told "America's Newsroom." "There was never anything to it. It didn't stop Iran's nuclear program, it delayed it a few years."