Charlotte Edwards is expected to announce she is stepping down as England women's captain after a decade in the role. Made a CBE in 2014, the 36-year-old last year became the first player - man or woman - to captain England in 200 internationals. Edwards led England to the 2009 World Cup and World T20 titles and won four Ashes series against Australia. She was also the first woman to join the MCC world cricket committee. England women were awarded central contracts for the first time in 2014 but they have not had global success since becoming professional.

England eased to their second win of the Women's World Cup with a routine seven-wicket victory over Sri Lanka. Wicketkeeper Sarah Taylor (74) struck her first half-century since she returned to cricket following a break from the game with anxiety issues. Taylor shared a third-wicket stand of 148 with captain Heather Knight (82) as England confidently reached their target with nearly 20 overs to spare. Sri Lanka had been restricted to 204-8 as spinner Laura Marsh took 4-54. 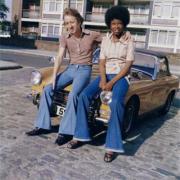 During Black History Month, Historic England is launching a year-long campaign that will map a century of England's history from a black and Asian perspective. Another England aims to tell the story of the country's rich multicultural heritage from 1918 to 2018. The project spans the period from the end of the Great War through to what will in 2018 be the 70th anniversary of the British Nationality Act. Another England aims to draw attention to the role that Black and Asian people have played in the creation of today's multicultural society while recognising the challenges they have faced and continue to face. The project will travel across the country, running regional workshops in Birmingham, Bristol, Leeds, Liverpool, London, Manchester, and Newcastle to raise awareness of Another England and to support people to get involved.

Midfielder Jill Scott described England as "frighteningly" good as she stressed their confidence of reaching Women's Euro 2017, despite a setback on Friday. Scott hit a late equaliser in their qualifier as England came back to draw 1-1 with Belgium, who led after keeper Karen Bardsley's error. Second-placed England play Bosnia-Herzegovina in Zenica on Tuesday, when group leaders Belgium play Estonia. "We know we have to get that win," said 29-year-old Scott. Asked how confident England are of topping the group, she added: "Always confident.

Jos Buttler smashed his highest one-day international score as England powered to 418-6 in the fourth ODI against West Indies. Buttler hit a brutal 150 from 77 balls with an England record 12 sixes. Captain Eoin Morgan also made 103 from 88 balls with the pair sharing a partnership of 204 from 124 deliveries. The total is England's third-highest in ODIs and their best against West Indies, who must score their highest one-day total to win in Grenada. The tourists scored 154 runs in the last 10 overs as Buttler and Morgan dominated after openers Jonny Bairstow (56) and Alex Hales (82) had laid a platform with a century opening partnership.