Alzheimer's Algorithm May Predict Who Gets the Disease

Alzheimer's disease has no cure, but getting a diagnosis as quickly as possible can allow patients to start symptom-delaying drugs. The problem with getting that diagnosis, though, is that the early stages of Alzheimer's can look a lot like mild cognitive impairment, which may or may not progress into Alzheimer's.

How AI can spot Alzheimer's disease five years before diagnosis

Scientists could much more precisely test the impact of investigational drugs if we could better identify and group those with similar brain changes and cognitive impairment. To do this, we applied a multilayer clustering algorithm to analyse dozens of data points from a US study called the Alzheimer's Disease Neuroimaging Initiative, including cognition tests, brain scans and spinal fluid biomarkers. The samples were taken from 562 people with mild cognitive impairment followed for up to five years.

Test combo could distinguish Alzheimer's earlier than ever

Combining multiple tests could help doctors distinguish between two leading causes of cognitive decline at an earlier stage. Being able to separate the earliest signs of Alzheimer's from another degenerative brain condition called dementia with Lewy bodies (DLB) could be crucial to finding treatments for both kinds of dementia. When someone starts to exhibit mild cognitive impairments, it is often difficult to tell whether these might be the earliest signs of Alzheimer's or DLB, or just normal age-related declines in cognition. Yet this distinction is vital: so far, despite billions of dollars spent on research, progress towards drugs that stabilise or cure dementia has stalled. Many blame the failure on treating people too late and argue that the same drugs might work better if given a decade or two before symptoms fully develop. 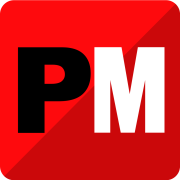 Scientists have developed a new artificial intelligence system that can detect early forms of Alzheimer's disease by combining machine learning methods with a special MRI technique. Machine learning is a type of artificial intelligence that allows computer programmes to learn when exposed to new data without being programmed. Researchers coupled machine learning methods with a special magnetic resonance imaging (MRI) technique that measures the perfusion, or tissue absorption rate, of blood throughout the brain to detect early forms of dementia, such as mild cognitive impairment (MCI). "MRI can help with the diagnosis of Alzheimer's disease. However, the early diagnosis of Alzheimer's disease is problematic," said Alle Meije Wink, from the VU University Medical Centre in Amsterdam.

Artificial intelligence can pick up on symptoms of Alzheimer's disease in brain scans long before doctors or patients. A computer-driven algorithm was able to accurately foresee whether or not a person would develop Alzheimer's disease up to two years before he or she displays symptoms, according to a new study from McGill University. It was correct in its predictions 84% of the time. Researchers are excited for the AI's potential to help choose patients for clinical trials and drugs ahead of the disease's onset that could delay its debilitating effects. "If you can tell from a group of individuals who is the one that will develop the disease, one can better test new medications that could be capable or preventing the disease," Dr. Pedro Rosa-Neto, a study co-author, told Live Science.