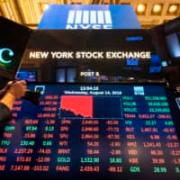 NEW YORK – Facebook has paid contractors to transcribe audio clips from users of its Messenger service, raising privacy concerns for a company with a history of privacy lapses. The practice was, until recently, common in the tech industry. Companies say the practice helps improve their services. But users aren't typically aware that humans and not just computers are reviewing audio. Transcriptions done by humans raise bigger concerns because of the potential of rogue employees or contractors leaking details.

How to use RStudio code snippets

"Code snippets" is just another phrase for macros or templates--and a great way to save time when writing scripts. Snippets not only cut down on keystrokes while you're coding; they also save you search time trying to dig up that complex code you got just right six months ago but no longer remember. Since I get a little tired of the ubiquitous mtcars and iris data sets for examples, I'll use some information about IT Manager salaries (from a Computerworld salary survey) for this demo. Here's my data frame if you'd like to follow along. The black-and-white graph is what a ggplot2 default bar chart of this data looks like.

Hey, Apple! 'Opt Out' Is Useless. Let People Opt In

Like Google and Amazon before it, Apple has been caught sending voice assistant recordings to contractors, who listen to snippets of your requests and conversations, without telling anyone. In response to the privacy concerns that raises, Apple says it will eventually give users control over whether their Siri data gets sent to third-party eavesdroppers, but it's unclear whether that consent will be opt-in or opt-out. Letting people opt out of data collection is better than not giving them any choice at all. But for decades, that's been the extent of the conversation. It gives too many giant tech companies plausible deniability for the rampant hoovering of your personal information, and allows them to implicitly blame the victim when they overreach: Don't get angry at us, you could have opted out this whole time.

We see in Code Snippet 1 how we want to call into the adder method in the JavaTest1 class, passing in two parameters: @x, and @y. When we execute the code the Java C language extension gets the parameter values, and looks in the code for two class-level variables named x, and y, and assigns the values to those variables. The adder method then uses x, and y. I mentioned above how a couple of things changed after Microsoft introduced the Java Language SDK. One of them was that you no longer define a method in SPEES's @script parameter. The parameter instead defines a class you want to call into.