How will Iran and Turkey deal with Kurdish state bid?

Iran and Turkey may seem like unlikely partners following events of the past few years, especially in Syria. But they are saying the same thing about the recent "Yes" vote in the Kurdish referendum, as neither want Kurdish people living in northern Iraq to secede. Iran's Supreme Leader Ali Khamenei and President Hassan Rouhani welcomed him to discuss curbs on the Kurds' dream of their own homeland. Turkey is threatening to stop buying oil from the Kurdish Regional Government in Iraq, while Iran has mobilised troops on its border with the region. What more can de done, beyond an economic embargo?

A letter written by the wife of Iraqi Kurdish leader Jalal Talabani to the federal government in Baghdad has been leaked, triggering a media storm about a "political crisis" in Iraq's semi-autonomous Kurdish region. Hero Ibrahim Ahmad is now accused of plotting to block oil exports from Kirkuk, and of threatening to sell the city's oil to Iran instead. Sources close to Ibrahim Ahmad say these accusations are outlandish, and the leak - as well as the gross misrepresentation of the letter in local media - was intended as a smear campaign against the most influential female figure on the Kurdish political scene. Erbil-based news channels Rudaw and K24 both reported that Ibrahim Ahmad had asked Iraq's Prime Minister Haider al-Abadi for oil to be sold through Iran and that she was to blame for the delays in salary payments to civil servants and pensioners - contrary to the actual content of the letter. As her image flashed on television screens across the Middle East, her supporters claim she is being scapegoated for larger problems for which she holds little responsibility.

Despite being recently defeated from their major strongholds of Mosul and Tel Afar in Iraq, more than two years after Iraqi forces specifically sought to retake oil-rich areas from the Islamic State, its militants are continuing to steal, spill and smuggle crude oil from Iraqi oil fields as a means to wreak havoc and fund their spluttering but surviving campaign of terror. "While ISIS is steadily losing its hold on populated areas, it still controls a not-insignificant portion of territory that contains oil and oil infrastructure," Justin Dargin, global energy expert at the University of Oxford, told Fox News. "As a result, ISIS is continuing at a frantic pace to produce and smuggle as much oil as possible in a bid to acquire its ever-declining revenue base." According to Iraq's state-run North Oil Company (NOC), ISIS still controls scores of wellheads in parts of the northern Ajil field which are considered contested land between Iraq and Kurdish governments. The terror network still controls some 75 percent of the Alas Dome in the nearby and prominent Hamrin field, NOC adds. 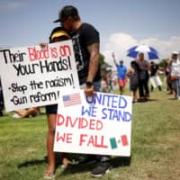 BEIRUT – A Turkish attack on Kurdish-led forces in northeast Syria would spark a "big war" if U.S. efforts fail to block Ankara's plans, a top Kurdish official told Reuters on Wednesday. Badran Jia Kurd also said most forces would have to deploy to the border with Turkey in case of attack, and could no longer hunt Islamic State sleeper cells or guard thousands of IS prisoners. NATO allies Ankara and Washington have been deadlocked for months over a planned "safe zone" in northeast Syria. They agreed on Wednesday to establish a joint operation center in Turkey to manage the zone, but neither said if they had overcome two main points of division: how far the zone should extend and who would command forces patrolling it. Jia Kurd and a second top Kurdish politician said the fruits of U.S.-Turkish talks remained unclear.