French radio says a small blaze broke out in a building under renovation near a major Paris train station. France Info says Friday that the fire was quickly controlled by workers and there were no injuries. Video posted to social media showed black smoke pouring from the top of a building. Its authenticity could not immediately be determined. Messages left with Paris' fire service were not immediately returned.

The fledgling Occupy-style movement has expanded to include a range of grievances and visitors from other cities and countries. It said the protesters threw projectiles at police who pushed them back. Most of the protesters are peaceful. One group has been designated to debate a possible new constitution. This material may not be published, broadcast, rewritten or redistributed. 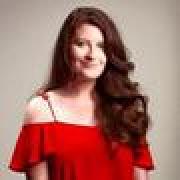 As 2017 fizzled and faded away to all of our great relief, Paris Hilton had one final parting message. One that might just make you choke on your champagne.

Students walk home from school in Jambi, Indonesia, in this Sept. 29, 2015 file photo. Indonesia is one of the signatories of the Paris climate agreement. NEW YORK CITY – Thirty-one more countries formally joined the Paris climate agreement on Wednesday, doubling the number of those who had previously ratified the document, and bringing it well past one of the the thresholds needed for implementation. But in order for the agreement to go into effect, the countries need to account for at least 55 percent of total global greenhouse gas emissions. "What seemed at one time impossible is now inevitable," said U.N. Secretary-General Ban Ki-moon.

Paris climate deal: US denies it will stay in accord

The US has insisted it will leave the Paris climate accord, despite reports that it may be softening its stance. Officials who met a White House representative on Saturday said afterwards the US would either stay in the 2015 accord or change its approach. The White House said "there has been no change" in the US position "unless we can re-enter on terms that are more favourable to our country". President Donald Trump said in June he wanted a new "fair" deal for the US. He added it was important a new deal would not disadvantage US businesses, but opponents say withdrawing from the accord is an abdication of US leadership on a key global challenge.