Some Essential Hacks and Tricks for Machine Learning with Python

It's never been easier to get started with machine learning. In addition to structured MOOCs, there is also a huge number of incredible, free resources available around the web. Familiarity and moderate expertise in at least one high-level programming language is useful for beginners in machine learning. Unless you are a Ph.D. researcher working on a purely theoretical proof of some complex algorithm, you are expected to mostly use the existing machine learning algorithms and apply them in solving novel problems. This requires you to put on a programming hat. 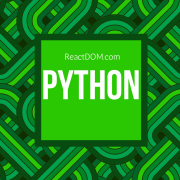 Python is a high-level language created by Guido van Rossum and first released in 1991. It is named after the greatest comedy act of all time, Monty Python. Python can be used to create pretty much any type of application. Python has been popular for many years and it's popularity shows no signs of stopping anytime soon. Being an in-demand language, knowing Python is beneficial for your career as a software developer. Having working knowledge of high-level programming languages is something any software developer should have. Here's a list of some of the best Python tutorials, Python courses, and Python books in 2018 to help you learn Python. Get the Ultimate Python Development kit. Get everything you need to code Python.

Many developers (including myself) have included learning machine learning in their new year resolutions for 2018. Even after blocking an hour everyday in the calendar, I am hardly able to make progress. The key reason for this is the confusion on where to start and how to get started. It is overwhelming for an average developer to get started with machine learning.

Then read Michael J. Garbade's Understanding K-means Clustering in Machine Learning and implement k-means for yourself. Then take a look at Gabriel Pierobon's DBSCAN clustering for data shapes k-means can't handle well (in Python) to implement a density-based clustering model. Now that we have sampled around, let's switch gears back to classification and check out a more complex algorithm.