Those are among the siren calls of ocean and river cruises for 2017 that are expected to attract more than 25 million to set sail, an increase of more than a million from last year. Cruise companies such as Norwegian Cruise Line, Princess Cruises and Celebrity Cruises seem to have found a winning sales formula that goes something like this: Sweeten the pot with value-added itemsf such as free drinks, free Wi-Fi or an on-board spending credit and more people will book. Look for frequent promotions like these, but be aware they may be offered for only a limited time, said Mike Driscoll, the editor of Cruise Week, an industry publication. At-sea cooking classes are all the rage, and Holland America Line has jumped into the mix in collaboration with the public TV show "America's Test Kitchen." A replica of the show's set is already on the Westerdam, cruising this winter from San Diego to Mexico, and it's coming to the rest of the line by July.

Cruise lines roll out Mexico sailings for fall 2017 and beyond

Three cruise lines recently rolled out their plans to sail to Baja as well as resort towns on the Mexican Riviera. The Royal Princess will make its debut on the Mexico circuit with seven-night cruises from Los Angeles to the Mexican Riviera starting in 2018, Princess Cruises announced last week. Port stops include Puerto Vallarta, Mazatlan and Cabo San Lucas. Port stops include La Paz, Loreto, Puerto Vallarta with an overnight stay in Cabo San Lucas. Holland America plans to bring a second Vista class cruise ship to Mexico, according to a news release.

New ships, new destinations, unusual activities and some extraordinary bargains are part of the cruising buzz for summer and fall. New thrill attractions: Thrills have become a cruise ship staple, and on the world's newest, largest ship, Royal Caribbean's 5,500-passenger Harmony of the Seas, the rush comes courtesy of the Ultimate Abyss. Beginning later this month, daring riders can zoom on mats from the top of the ship to the Boardwalk neighborhood about 100 feet below. Posh gets posher: Regent Seven Seas Cruises is billing its 750-passenger Seven Seas Explorer, launching in July, as the "world's most luxurious cruise ship." The top digs are a 3,785-square-foot suite, with a first-at-sea private spa (serviced by the ship's Canyon Ranch SpaClub) and a price tag of 5,000 per person per night, based on double occupancy. 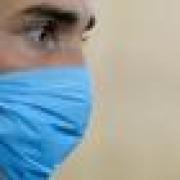 CruiseCompete lets you in on travel trends. Snorkeling in Tahiti, anyone?

Tahiti, the home of blue lagoons, misty green mountains and golden sunsets, has scored a win as one of the world's most popular cruise ports. The French Polynesian island, along with Amsterdam and Cozumel, Mexico, was among the top three destinations in a survey by CruiseCompete, an online travel company. Tahiti is part of the Society Islands, which include Bora-Bora, Moorea and scores of other islands and atolls spread out across the South Pacific. The island's capital, Papeete, is an eight-hour flight from Los Angeles, making interisland cruising aboard the ship Paul Gauguin easier to access than some dream destinations that are more distant. Tahiti and its islands are increasingly being added to itineraries of cruise lines sailing out of U.S. ports, including Princess, Crystal, Celebrity and Holland America.