Rebels in Yemen fired a ballistic missile on Tuesday at Riyadh, the capital of Saudi Arabia, for a second time in two months, though Saudi officials said that it had been intercepted and that there were no casualties.

Saudi Coalition in Yemen, Under Pressure, Ends US Refueling

Saudi Arabia and the UAE view the war as a means to limit Iranian influence in the Arabian Peninsula. While Iran directly denies arming the rebels, the United Nations and Western powers have documented arms transfers to the Houthis by Tehran of everything from Kalashnikov assault rifles to the ballistic missile technology used to periodically target cities as far away as the Saudi Arabian capital of Riyadh. The Houthis also have imprisoned opponents and indiscriminately laid land mines.

Saudi officials and Houthi rebels have held months of secret talks on ending Yemen's devastating three-year war, according to a news report. The warring parties discussed ways to halt the conflict that has left 22 million Yemenis in dire need of humanitarian assistance, diplomats and Yemeni officials told Reuters news agency on Thursday. The war has killed an estimated 10,000 people, left millions facing famine, and initiated a major outbreak of disease. The sources - speaking on condition of anonymity - said Houthi spokesman Mohammed Abdul-Salam had met with Saudi officials in neighbouring Oman. "There are consultations between the Houthis and the Saudis, without a representative of the internationally recognised government, and it is clear that there is a desire of the Houthis and the coalition to go toward a comprehensive agreement," a diplomat was quoted as saying. 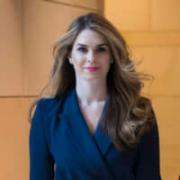 DUBAI, UNITED ARAB EMIRATES - The Saudi-led military coalition vowed to respond firmly to a missile attack by Yemeni Houthi forces on a civilian airport in southern Saudi Arabia on Wednesday that wounded 26 people. The Western-backed, Sunni Muslim alliance that has been battling the Iran-aligned Houthi movement in Yemen said the early-morning strike was proof of Iranian support for what it called cross-border terrorism. The coalition said a projectile hit the arrivals hall at Abha airport, causing material damage. Three women and two children were among the wounded, who were of Saudi, Yemeni and Indian nationalities, it said in a statement. The Houthis said on their media channels that they fired a cruise missile at Abha airport, which is about 200 km (125 miles) north of the Yemen border and serves domestic and regional routes.

"The problem is the enemy's inhumane weapons, the land mines and improvised explosives," he said. The Geneva Conventions prohibit the use of hidden mines and anti-personnel mines. The Houthis, who control much of northern Yemen, did not respond to questions for this article. Despite the civilian casualties, Houthi officials have said that they use only anti-tank mines and only on battlefields, not mines triggered by human footsteps or in civilian areas. "This is a war, so what do you expect us to do?" Brig.