Facebook announced on Thursday that it has taken down three "coordinated inauthentic behavior" networks promoting disinformation that included nearly 300 Facebook and Instagram accounts along with dozens of Facebook Pages and Groups. While the efforts were seemingly run independently, and focused primarily outside of the US, each has ties to Russian intelligence--and they collectively provide a sobering echo of the social media assault that roiled the 2016 election. The networks Facebook tackled dated back at least three years, but most had few followers at the time they were caught. They primarily promoted non-Facebook websites in an apparent effort to get around the platform's detection mechanisms, focusing on news and current events, particularly geopolitics. They targeted users in a number of countries, including Syria, Ukraine, Turkey, Japan, the UK, and Belarus, as well as the United States to a lesser extent.

Facebook removed hundreds of accounts and pages linked to Iran

Facebook has removed nearly 800 fake accounts, pages and groups its security researchers say were linked to Iran. The accounts, which were in many cases made to look like local news organizations, engaged in "coordinated inauthentic behavior," according to Facebook and had accumulated more than 2 million followers and hundreds of thousands of followers on Instagram. As with previous mass takedowns tied to Iran, Facebook's head of cybersecurity policy, Nathaniel Gleicher, was quick to caution that though the accounts originated in Iran, the company hasn't been able to definitively say whether or not it was part of a state sponsored campaign. "It's emanating from Iran by actors in Iran," Gleicher said during a briefing with reporters. "We're not in a position to directly assert who the actor is in this case, we're asserting what we can prove."

Facebook said Thursday it removed hundreds of Russia-linked pages, groups and accounts that it says were part of two big disinformation operations targeting users outside the U.S. The social media company said its latest effort to fight misinformation came after it found two networks "that engaged in coordinated inauthentic behavior" on Facebook and its Instagram service. Facebook's head of cybersecurity policy, Nathaniel Gleicher, said in a blog post that one network operated in countries in Central and Eastern Europe, the Baltics, Central Asia and the Caucasus. The other focused on Ukraine. "We didn't find any links between these operations, but they used similar tactics by creating networks of accounts to mislead others about who they were and what they were doing," Gleicher said. U.S. tech companies have stepped up their work against disinformation campaigns, aiming to stymie online troublemakers' efforts to divide voters and discredit democracy.

Top Facebook Official: Our Aim Is To Make Lying On the Platform 'More Difficult' 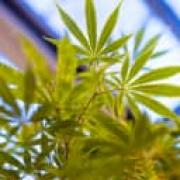 LOS ANGELES – Facebook said Monday it blocked some 30 accounts on its platform and 85 more on Instagram after police warned they may be linked to "foreign entities" trying to interfere in the U.S. midterm election. The announcement came shortly after U.S. law enforcement and intelligence agencies said that Americans should be wary of Russian attempts to spread fake news. A study published last week found that misinformation on social media was spreading at a greater rate than during the run-up to the 2016 presidential vote, which Russia is accused of manipulating through a vast propaganda campaign in favor of Donald Trump, the eventual winner. "On Sunday evening, U.S. law enforcement contacted us about online activity that they recently discovered and which they believe may be linked to foreign entities," Facebook head of cybersecurity policy Nathaniel Gleicher said in a blog post. "We immediately blocked these accounts and are now investigating them in more detail."