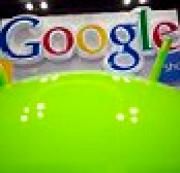 Apple's self driving car project has been shrouded in secrecy - but its latest vehicle has been spotted by an arch rival.

Apple could take on Uber with self driving car

Apple's plans for a self driving car could eventually lead to a ridesharing platform to take on Uber, it has been claimed. Apple's project, known internally as Project Titan, has hit numerous delays, but is now hiring new experts in software, and according to recent claims, has a clear direction - to take on Uber. According to Business Insider, Apple is creating its autonomous systems with an eye to the ride-sharing and ride-hailing market. Disagreements among Apple's top brass have led to a dramatic scaling back of the firm's plans for a self-driving car, industry insiders have claimed. Apple officially secured a permit to test autonomous vehicles in California on April 14.

Apple cuts back its ambitions for a self-driving car

Apple products are already in our homes, pockets and ears, but now you'll start seeing them on the roads a lot more.

Apple seems to speeding ahead with its self-driving car program. The iPhone maker has nearly doubled its fleet of autonomous test vehicles in California over the last few months, according to the Financial Times. In January, Apple was operating 27 self-driving cars on the roads, but that number has since grown to 45 vehicles, data from California's Department of Motor Vehicles shows. The new report comes as some firms have suspended their autonomous driving tests following a fatal accident involving an Uber self-driving car this weekend. If Apple's fleet has increased this much, it has surged ahead of its rivals in terms of the size of its test fleet.