When it comes to artificial intelligence, the United States has a tradition of betting on crazy ideas. This week, the Defense Advanced Research Projects Agency (DARPA) showcased projects that are part of a new five-year, $2 billion plan to foster the next round of out-there concepts that will bring about new advances in AI. These include efforts to give machines common sense; to have them learn faster, using less data; and to create chips that reconfigure themselves to unlock new AI capabilities. Speaking at the event, Michael Kratsios, deputy assistant to the president for technology policy at the White House, said the agency's efforts are a key part of the government's plan to stay ahead in AI. "This administration supports DARPA's commitment, and shares its intense interest in developing and applying artificial intelligence," Kratsios said. President Trump signed an executive order last month to launch the US government's AI strategy, called the American AI Initiative. 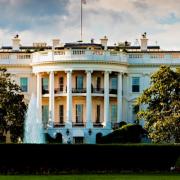 Artificial intelligence is perhaps the biggest buzzword in federal technology today. For the government--and society at large--to truly benefit from AI's potential, government, industry and academia will have to come together to foster this nascent technology, according to the president's top tech adviser. The White House convened a summit Thursday of top thinkers in the field of AI, during which Michael Kratsios, deputy assistant to the president for technology policy and current head of the Office of Science and Technology Policy, announced a new Select Committee on Artificial Intelligence made of up the leading AI researchers in government. "In the summer of 1956, a dozen American scientists gathered on Dartmouth's campus with the goal to, 'find how to make machines solve the kinds of problems now reserved for humans,'" Kratsios said, according to prepared remarks provided to Nextgov by OSTP. "Now, nearly 62 years later, the age of artificial intelligence is here, and with it the hope of better lives for the American people."

Here Are All the Problems With Trump's Artificial Intelligence Council

Barron Trump almost certainly knows more about tech than his dad. The White House committee on artificial intelligence is pretty artificial itself. Last week the Trump administration announced the formation of an advisory council on AI and other tech issues. This committee was the culmination of the Artificial Intelligence for American Industry Summit, which brought together over 100 tech, science, government and business leaders. "AI is quickly transforming American life and American business, improving how we diagnose and treat illnesses, grow our food, manufacture and deliver new products, manage our finances, power our homes and travel from point A to point B," the final summit report concluded.

Is the U.S. Getting Serious About Artificial Intelligence? – MeriTalk

The White House's planned advisory committee on artificial intelligence may or may not help keep the country at the forefront of technological innovation, but it is another sign that the government is getting more serious about the importance of AI and the potential threats of falling behind in the "AI arms race." The Trump administration said earlier this month it will establish the Select Committee on Artificial Intelligence as part of an overall effort to coordinate Federal research and development efforts with regard to AI, while working to involve industry and academia to "realize the full potential of AI," according to the White House announcement from its Summit on Artificial Intelligence for American Industry. The committee will be comprised of senior research and development officials at a range of agencies and offices, including the White House Office of Science and Technology Policy (OSTP), the Defense Advanced Research Projects Agency (DARPA), the National Science Foundation (NSF), and the Intelligence Advanced Research Projects Agency (IARPA). Also at the table will be the technology-focused undersecretaries of the departments of Defense, Commerce and Energy, along with representatives from the Office of Management and Budget (OMB) and the National Security Council (NSC). "Our continued leadership in the field that American researchers pioneered is not just a request; it is an imperative," Michael Kratsios, deputy CTO of the White House OSTP, said at the event.

The White House announced Thursday that it will establish a panel of federal government officials to look at artificial intelligence (AI) issues. The Trump administration announced the new Select Committee on Artificial Intelligence on the same day that it held a major AI summit with business leaders in Washington. The AI panel will include officials from the White House Office of Science and Technology Policy, the National Science Foundation and the Defense Advanced Research Projects Agency (DARPA). The committee's representatives will also include officials from the National Security Council (NSC), the Office of the Federal Chief Information Officer and the Office of Management and Budget (OMB). The panel aims to examine U.S. priorities and investments on AI development, according to prepared remarks from Michael Kratsios, Deputy Assistant to the President for Technology Policy.