Tip of the iceberg: Researchers confirm finding 1,600 secret graves in Mexico since 2006 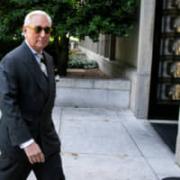 MEXICO CITY - Mexican researchers said Thursday they have confirmed the existence of 1,606 secret graves containing 2,489 bodies from 2006 to 2017, but that may just scratch the surface of the true numbers behind what the study called a "building phenomenon." "Those are not all the graves. The study found that Tamaulipas, Guerrero, Veracruz, Sinaloa and Zacatecas were the states with the most reported cases of secret graves, all places with a strong presence of organized crime groups. University investigators worked alongside local human rights' groups to conduct the study that they say shows the "deterioration of security" in Mexico. They criticized the country's Attorney General's Office and said the government gave inconsistent statistics on secret graves and bodies recovered. "The Attorney General's Office is actively violating the rights of information and of memory," said Carlos Dorantes of the human rights organization Article 19, which participated in the study. Karla Quintana, the government's national search commissioner, said the new administration of President Andres Manuel Lopez Obrador inherited a "forensic emergency" when he took office Dec. 1. She added the government is working on a digital database of disappeared persons, and said the president will meet Monday with families to update them on his administration's work to find and identify their missing relatives. "We need to have this information to give answers to family members waiting on their loved ones," Quintana said. She also highlighted a lack of resources, saying the commission has a "one-person team" in its archives department and is short on personnel to carry out the exhumations. Leticia Hidalgo, whose son disappeared in Nuevo Leon in 2011, asked Quintana to locate those like her son. "We don't have any more time.

Tens of thousands of people across Mexico marched on Saturday to protest against gay marriage, challenging President Enrique Pena Nieto's proposal to recognize same-sex marriage throughout the traditionally conservative country. The marches were called by the National Front for the Family, a coalition of civil society organizations and various religious groups, and continued throughout the day from Mexico's far north to the Yucatan peninsula. Same sex marriage is permitted in Mexico City, as well as in several states including Coahuila, Quintana Roo, Jalisco, Nayarit, Chihuahua and Sonora. Pena Nieto has proposed changing the constitution to allow it nationally. The embattled leader, who is grappling with discontent over a slowing economy, conflict of interest scandals, drug gang violence and a visit by U.S. presidential hopeful Donald Trump that led to his finance minister's ouster, has opened himself to criticism by asking lawmakers to debate gay marriage. 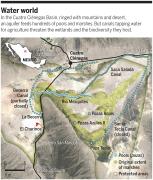 MEXICO CITY – Questions arose on both sides of the border about the decision to relocate convicted drug lord Joaquin "El Chapo" Guzman to a region that is one of his cartel's strongholds, and a Mexican security official acknowledged Sunday that the sudden transfer was to a less-secure prison. The official said that in general the Cefereso No. 9 prison on the outskirts of Ciudad Juarez, across from El Paso, Texas, is not as impregnable as the maximum-security Altiplano facility near Mexico City where he had been held. The official wasn't authorized to discuss Guzman's case publicly and agreed to do so only if not quoted by name. The official said, however, that Guzman is being held in a maximum-security wing where the same protocols are being enforced as in Altiplano, including 24-hour monitoring via a camera in his cell. But Michael Vigil, the former head of international operations for the U.S. Drug Enforcement Administration, wondered at the logic of sending Guzman to a lesser lockup in territory firmly controlled by his Sinaloa cartel underlings.

MEXICO CITY – The northern Mexico prison where authorities suddenly transferred convicted drug lord Joaquin "El Chapo" Guzman is rated as the worst in the federal penitentiary system for inmate conditions. However, the Cefereso No. 9 in Ciudad Juarez, which borders El Paso, Texas, scored well on "conditions of governability," perhaps an indication that authorities believe they can control Guzman's environment there and reduce the risk of him pulling off a third brazen jailbreak. A 2015 report by the governmental National Human Rights Commission gave the Juarez prison a 6.63 rating on a scale of 0 to 10, the lowest for any of Mexico's 21 federal prisons. By comparison, the maximum-security Altiplano facility where Guzman was confined before was 10th best with a rating of 7.32. The Sinaloa cartel boss, who is fighting to stave off extradition to the United States, where he faces drug charges in seven different jurisdictions, was transferred in the predawn hours Saturday in a surprise, high-security operation.